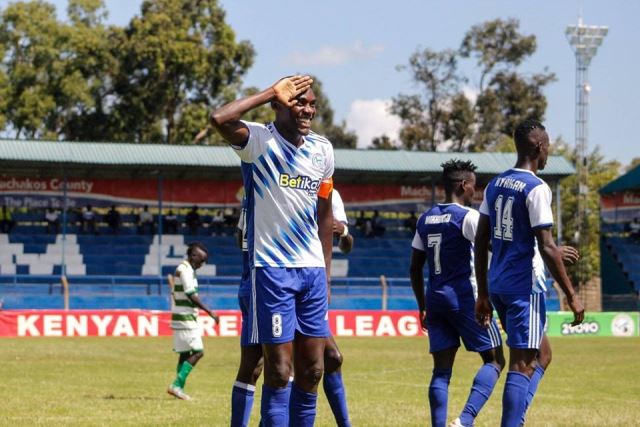 Club Captain Maelo has finally called it a day from football after 17 years in the game . Maelo joined the club from Police FC in July 2016 and went on to serve the club for four years.

‘I’m so happy and proud for what God has done to me with my talent, all the years of my career I didn’t encounter any serious injury and when fully fit I managed to play a junk of the matches. As a leader I did my best on and off the pitch for the betterment of the team.

Football has built me as person and taught me alot about life. At Sofapaka I found a second family where unity and love prevails. The club forms and holds a huge part of me, the trust from the management and everyone in the team meant a lot. I love Sofapaka family and I wish the team the very best.” Said Maelo.

On his part the club head coach John Baraza has lauded the defender for his leadership and commitment: “He, Maelo has been so outstanding since he joined us, he came in when we were battling relegation and during our tough times as a team he did a lot in supporting the club. He’s so selfless, hardworking and so disciplined, he made work easier for us as a technical bench. He’s definitely headed for greatness in life and as a team we wish him success.”

As a way of appreciating his good deeds and in line with his profession, the club has appointed Maelo as head of security