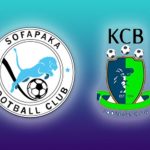 Ninth-placed Sofapaka will take on fourth-placed KCB ahead of the FKF Premier League 2022–23 midweek fixture.

Ahead of matchday 15, Sofapaka will be seeking to register their fifth win of the season after registering a 1-0 win on the road in Muhoroni, while the bankers will be looking forward to making it two wins out of two after defeating struggling Mathare United 2-1.

In the past 21 meetings between the two sides, we have won 11 matches while our opponents have won five. Five other matches ended in draws.

Team News
Coach Ouma will have a clean bill of health ahead of Wednesday’s tie.

Reverse fixture
In the last match, we played to a barren draw. 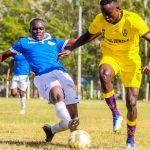 In an encounter staged at Muhoroni Stadium, we started the match on a high tempo, with the first sniff on goal seven minutes into the match. Baron Oketch made a dazzling run into Wazito’s backline before laying a cutback pass to Rody Manga, but the striker failed to tap in an empty net.

Three minutes later, our pressure paid off with a quick corner kick start by Titus Achesa to Sébastien Sunday before the midfielder delivered a pinpoint delivery to David Nshimirimana, and the defender made no mistakes, hitting a powerful header past Ezekiel Owade to give us the lead.

At the quarter-hour mark, the host had the first sniff on goal through Yusuf Mohammad. The defender collected a great ball from the midfield before shooting on goal, but Simon Masaka was well placed for an easy catch.

At the half-hour mark, the host once again heaped more pressure on our backline. Mohamed turned the ball over to Ochieng, but Masaka quickly reacted, making a timely block using his right foot.

Five minutes before break, we came close to doubling our lead through Baron Oketch. The striker collected Titus Achesa’s long ball and went last. The defender tried to chip past the keeper, but Owade quickly stretched out his body for a decent block.

At the hour mark, the host pushed forward once again. A teasing ball was lofted into our penalty area, where it found Sébastien Juma. The striker made a quick chip, but Maasak came out to collect.

Thirty minutes from now, the host has another chance to score. Yusuf Mohammad once again hit a low drive on goal that troubled Masaka, but he finally made a great catch.

Against the run of play, we came close to doubling our lead through Alex Imbusia, the midfielder dribbling into Wazito’s penalty area, but his attempt hit the bar for a goal kick as we held on for maximum points on the road. 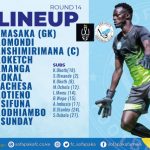 We play against Wazito fc for our round fourteen match, FKF premier league season 2022 – 2023, and this is how we line up to face them during our first leg meet as led by Head Coach David Ouma. 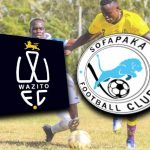 Ahead of matchday 14, Sofapaka will be seeking to register their fourth win of the season after being awarded three points and two goals after Vihiga Bullets failed to show up for a draw, and Wazito will be looking to bounce back to winning ways after a 3-0 thrashing by FC Talanta.

In the past seven meetings between the two sides, we have won six matches while our opponents have won one.

In the last match, we came from behind to win 2-1 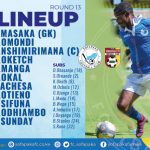 We play against Vihiga Bullets fc for our round thirteen match, FKF premier league season 2022 – 2023, and this is how we line up to face them during our first leg meet as led by Head Coach David Ouma. 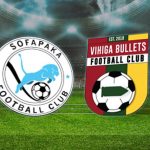 Ahead of matchday 13, Sofapaka will be seeking to register their third win of the season after Kakamega Homeboyz’s draw, while Bullets will be looking forward to turning around their recent poor results after going down 2-1 to Nzoia Sugar.

In the past two meetings between the two sides, we have won all matches.

Team News
There are no fresh injury concerns for coach David Ouma ahead of Saturday’s clash.

In the last fixture, Rody Manga’s lone goal was enough as we secured a double over the Bullets. 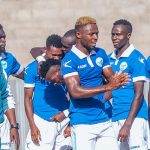 Ambrose scored a late second-half goal to earn Batoto Ba Mungu a point on the road.

In a match staged at Bukhungu Stadium, we had the first call on goal five minutes into play through Roy Okal. The midfielder collected Kevin Okoth’s pass but directed it to Baby’s arm.

At the quarter hour, the hosts had their first chance on goal. Ali Bai and Elie Asieche combined upfront before the latter dummied Michael Karamor. The former Sofapaka striker tapped in on goal, but Kevin Omondi reacted by stretching wide to make an important block using his right foot.

Five minutes later, field captain Titus Achesa floated in a teasing ball into Homeboyz’s defense, finding David Nshimirimana, who brushed the ball to Ronack Otieno, but keeper Babu in goal for Homeboyz rushed in to collect the ball.

At the half-hour mark, we attacked yet again. Baron Oketch picked out Geoffrey Ojunga’s pass and dribbled past Robinson Kamura, but Homeboyz keeper Babu made a quick response to make an important block to deny the host from taking the lead.

Five minutes before break, a quick search by Brian Wepo found Maqbul Ocholla. The youngster dummied to Titus Achesa, but the captain blasted his effort wide with the keeper to beat.

Ten minutes after the restart, Brian Wepo delivered an inswinger that found Rody Manga, but the striker’s header slightly missed the target from close range.

Five minutes after the hour mark in the second half, substitute Lucky Musyoki picked up a loosely cleared ball by Ali Bai before going past Odhiambo and setting Ambrose Sifuna on goal. Sifuna beat Kamura from close range but placed too much power on his final attempt, which went wide.

With a quarter of time to play, the host took the lead through Ali Bai. The veteran midfielder went past Samuel Olwande before slotting past the advancing Kevin Omondi.

Against the run of play, substitute Alex Imbusia made a quick run into the Homeboyz defense before laying a cutback pass to Ambrose Sifuna, who made no mistake slotting past Babu for an important goal and point on the road. 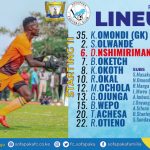 We play against KK Homeboyz fc for our round twelve match, FKF premier league season 2022 – 2023, and this is how we line up to face them during our first leg meet as led by Head Coach David Ouma. 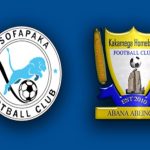 Twelfth-placed Sofapaka will take on sixth-placed Kakamega Homeboyz in the twelfth round of the FKF Premier League 2022–23 season on Wednesday.

Ahead of the midweek clash set to be staged at Bukhungu Stadium, Sofapaka will be seeking to bounce back to winning ways after going 1-0 down to Tusker, while Homeboyz will be keen to register their second successive win after edging Wazito 1-0.

In the past 15 meetings, both sides registered four wins apiece, with eight other matches ending in draws.

Reverse fixture
In the last meeting, the two sides shared the spoils in a 1-1 draw. 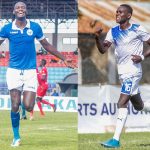 Sofapaka Football Club can confirm we have parted ways with forwards Joseph Waithera and David Kasiyrie.

The two who joined the club from Wazito Football Club and KCCA of Uganda, respectively, have left the club on mutual consent and will no longer be part of the club for the remainder of the season.

We want to wish Waithera and Kasiyre the very best in their next endeavors.