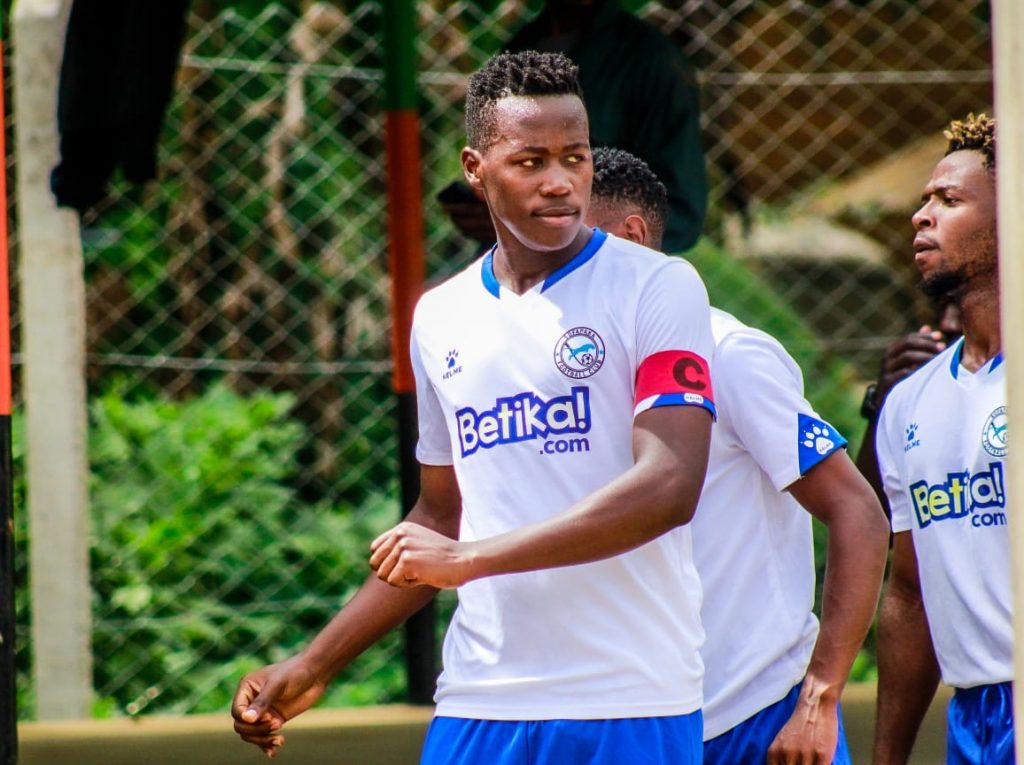 Club captain Michael Kibwage has revealed title ambitions as a major factor that made it easier to join the club. In an exclusive interview, Kibwage narrates on his early football days, leadership, transfer from KCB, and national team experience.

Michael Kibwage is not a new face in the Kenyan football scene, born and raised in Nairobi, the 23-year-old defender began his career at FISA Academy under 8 level, proceeding to the senior team where he earned a scholarship to join St Ignatius Mukumu Boys High School.

Having been a successful project while at Mukumu, Kibwage got roped into Kakamega Homeboyz under 20 side team after being scouted by coach Gilbert Silebwa and proceeded on to turn out for the team in three consecutive in the now-defunct KPL under 20 championships.

Upon the conclusion of 2016 under 20 championship edition, Stewart Hall the Leopards head coach had been impressed by his capabilities thus an offer to join one of Kenya’s football giants was tabled. Too lucrative and inevitable, Kibwage joined AFC Leopards Sports Club on a two-year contract

“I had an outstanding display in the third edition of the KPL under 20 champions and upon conclusion, I had several offers on the table, but the Leopards deal was more lucrative. Negotiations would take place and upon agreement, I inked my first professional contract at the den.

A hot and cold two seasons at the den made the Harambee stars under 23 captain to shift employers ditching Ingwe for bankers KCB.

“I had a fair spell while with Leopards, though my first season wasn’t a good one I managed to work my way up in the second season. It’s during my last season at the den when the Kenya Commercial Bank football club sought my services. A deal by the bankers proved way so lucrative and it was near impossible to turn down the offer. I joined the bankers at the start of 2019 where I severed the club for two years before joining my current employer.”

Kibwage says, the club’s ambition to hunt for the league title played made it easier to join the club. 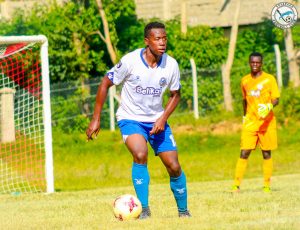 “Joining the club was a tough decision to make because my then employer KCB offer and that which was tabled were both lucrative but one thing stood out the club’s title ambitions. This was the deal-breaker and equally a huge exposure to attract more offers out of the country. Not forgetting coach John Baraza who equally played a role in convincing me to join the club ”

Playing in an unnatural position, Kibwage earned his debut league game under the watchful eyes of coach Robert Matano whom he attributes to having natured his growth at the top level.

“I earned my debut game in 2017 playing against Tusker Football Club at the Nyayo National Stadium. Though deployed in a not-so-familiar position I felt so elated to play my very first match at the top level and to crown it all we won the encounter 1-0. I must appreciate coach Matano for handing me my first game and subsequently playing an active role in my development.”

The Harambee Stars under 23 captain has had a fair career winning different accolades to his name adding on his fast-growing career.

“My journey has been a good one, have been able to win a personalized award being named under 20 KPL championship best defender, winning the GoTV shield cup while at AFC Leopards SC and equally I boost of four goals.”

“My journey to the National team has been a steady one. The growth has been immense getting to represent the country is such an honor and privilege. I played my first match against Swaziland under coach Sebastian Migne, and afterward have played a couple of matches for the Harambee Stars. The national team is a different level and one has to remain at their best all times, have gained a lot and I feel ready to command a starting role in the ream.”

The center-back further adds that he clearly can’t describe the turn of events that has seen him captain nearly all clubs’ he has been at but he attributes it to being naturally born to lead.

” It has been such an honor, to be honest leading the rest of the teams in all levels of my career. I clearly can’t describe it all but I believe it is not ordinary as well. I feel it’s a calling and affirmation that entirely I was born a natural leader. My latest capacity at the team was such a huge surprise because I never expected is that this my first year at the club.”

In conclusion, Kibwage is determined to go beyond the local scenes and play for established sides in the continent.

“My desire as a player is to win the FKF-Premier League title, grace the CAF Champions League tournament, and represent the country at the National team.” 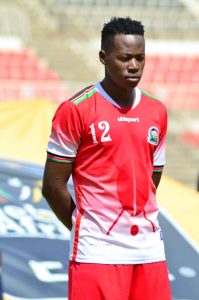