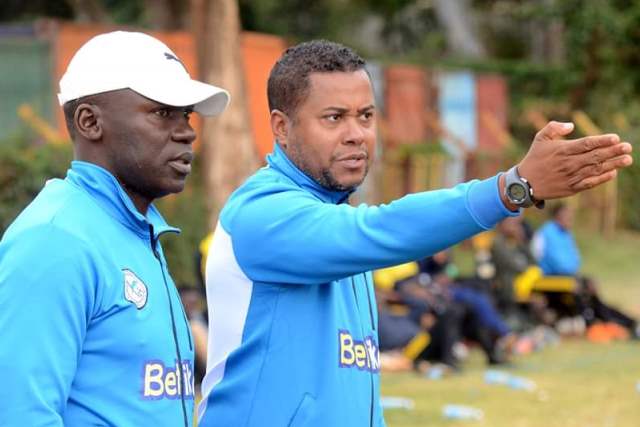 New Sofapaka head coach Divaldo Alves says he is impressed with the team’s improvement since he took charge a week ago. Coach Alves oversaw his first friendly match since taking charge with Sofapaka playing to a 1-1 draw with National Super League side Ushuru FC.

The coach fielded all players in the friendly played at the Ruaraka Complex on Thursday morning with Elli Asieche scoring Sofapaka’s goal.

“The players are improving a lot since I came in. In the first half we enjoyed to see us playing football, trying to put our crosses, put into details what we have worked on and I am happy we are coming up step by step,” the tactician stated.

He added; “We deserved to score more because we had the chances. We were 1-0 in the first half which was good enough but in the second half we had some very simple mistakes which saw us concede. I think this is a word to the players that we need to eliminate these kinds of mistakes because the league starts soon.”

The team is scheduled to have one more friendly match next week as the tactician steps up his training ahead of the start of the new season to ensure the team completely grasps his playing style and tactics.