We caught up with our youngster Ambrose Sifuna Sikuku in an exclusive interview, where he talks about his football journey, having a taste of the top league, his first top-flight goal, his transfer, and settlement at the club.

Born in Soy, Kakamega County 22-year-old Ambrose Sifuna began his football journey at a tender age. He realized his passion for the game while in class six at kibosi Primary School. After his KCPE examinations, the youngster joined St Paul’s Narati for his High School education but due to his outstanding performance in football, Chesamisi Boys came calling with a lucrative offer of full sponsorship. An offer too irresistible to reject, Sifuna joined Chesamisi Boys and later on joined Muliro High School where he sat for his KCSE examinations. 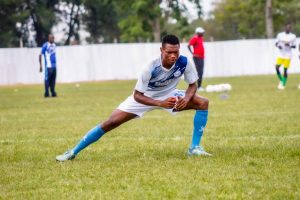 “My transfer to the club was after an excellent season at Betika Super League side Soy United. In my two seasons at Soy, I managed to be the club’s top scorer while still at the Division one level. In my second season at the club, I was at my top form and I was able to help Soy earn promotion to the Betika Super League. My dream had always been to go more professional and play at the top level and when Sofapaka sought my services I didn’t hesitate to seal the move because it had been my all-time desire.”

Sifuna further narrates he felt extremely elated to score his maiden league goal against Nairobi City Stars
“Scoring at the top level had been a target for me though I wasn’t under any pressure to achieve much because I knew I was beginning and it would just be a matter of time.
I never expected to net my maiden goal that quick but it was such an experience and feeling to score my first and winning goal against Nairobi City Stars.”

The top-flight league has been such an experience for Sifuna and he only hopes to gain enough experience to mature into a proper player
“I got my first taste of the league against Bandari Football Club and thereafter more playing minutes have come my way. The FKF – Premier League is way competitive, so physical and tactical as well. More playing minutes have immensely contributed to my growth. My confidence level has improved and I feel am settling in so well.”

Sifuna adds he desires to grow into a top player and don the national team colors. 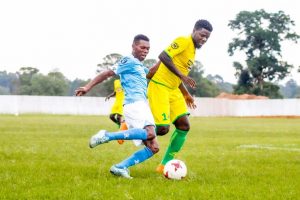 Every player’s wish is to be at their best and represent the country and this not different from my desires too. Am at one of the biggest club’s in the country and I want to use every opportunity to grow way better into a proper player. Playing for the Harambee Stars and beyond the Kenyan league are some of my ambitions too because I have the potential and the desire to achieve my targets.”

The 22-year-old concludes, he admires coach Odhiambo’s philosophy and only wants to reward his trust in him by top performance.
“Coach Odhiambo has played such a huge role in my development. He advises and pushes you beyond your limits, since he joined us have been a much better player, and the only reward is to produce positive consistent performance.”

Sifuna will be hoping to be in contention against Gor Mahia.