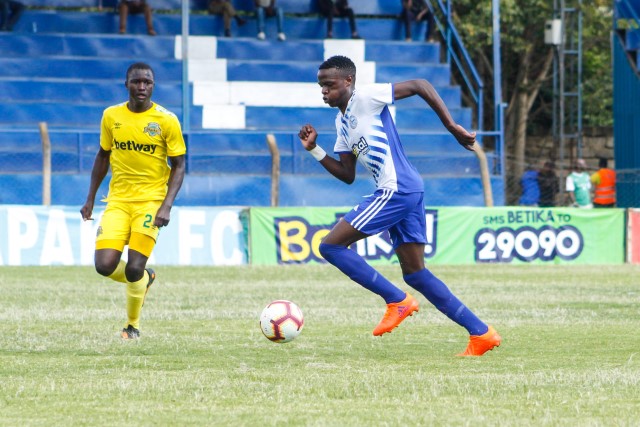 Sofapaka fc new signing Shawn Daniel Oloo has expressed his joy at making his debut for the club against Kariobangi Sharks on January 4th 2020.

Speaking to the club’s media, Shawn Daniel Oloo, an immediate former Kakamega High School prodigy is  exhilarated  at making his debut for the club saying;

“Honestly at first I was so nervous and tensed since it was my first game in a top flight league and for a top club. I did not expect to play a role in the match but in all I gave my best, I learnt a lot in the few minutes that I was on the pitch because it gave me a new perspective and approach to play at the top level.”

He further attributes head coach John Baraza for entrusting him;

“Sincerely and commonly worldwide, it is not always easy to sign for a big club and days later make your debut at a tender age. Am so pleased I did make my debut in my first appearance for the club thus it only shows the faith the coach has in his players.”

“In a special way, I want to thank coach John Baraza for the opportunity and lifetime experience. I feel my confidence level is getting better and l am ready to work and give my best for club to help the coach achieve the club’s ambition”

The young midfielder will be hoping to play a role in the team’s upcoming league fixture when the club takes on bankers Kenya Commercial Bank (KCB).