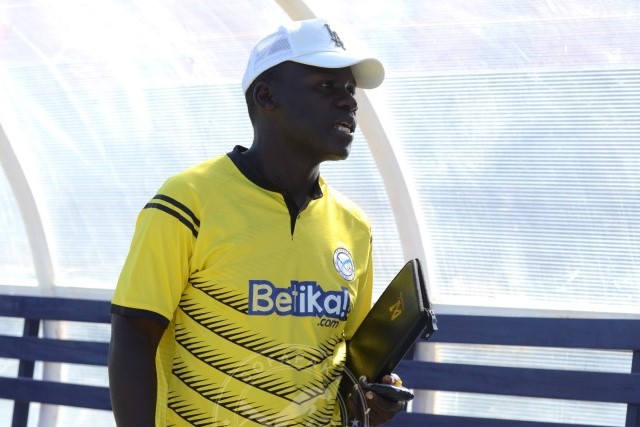 Coach John Baraza has delivered an update on who is fit and who is not for Thursday afternoon’s clash against Nzoia Sugar at the Kenyatta Stadium in Machakos.

Midfielder Dennis Odhiambo who limped off after 13 minutes in last weekend’s 2-0 win over Kariobangi Sharks will not be available as he has not recovered from the knock on his knee. He will be assessed and possibly considered for the match against Mathare United on Monday.

Elli Asieche who came on for him in that tie will not be available for the Nzoia game tomorrow as he is recovering from a bout of malaria.

On the tie against Nzoia, coach Baraza has said;

“It will be a very tough game because this season the league is tough. Every team is fighting for points. We have to treat this match very seriously and I know if we do everything right we will get a good result.”

On the good run the team has had and the adverse effects on morale and motivation;

“The results have really boosted our confidence and the players are now playing with more freedom. I think we have also improved generally as a team.”

On the tough run of fixtures that sees the team play three matches within a week;

“It is a situation that we have to deal with because of the way the calendar is set up, but we have a strong squad with a lot of depth and I know we will manage.”

Sofapaka and Nzoia lie side by side in the standings at sixth and seventh with 17 points each. It has been evenly matched between these two sides in the last four league meetings. Last season, Nzoia won the first leg 1-0 before Sofapaka forced a 2-2 draw in Sudi in the return leg.

In 2017, the first leg ended 1-1 in Sudi before Sofapaka won the return fixture 3-1. One of Sofapaka’s former players Morven Otinya will be up against his former employers.