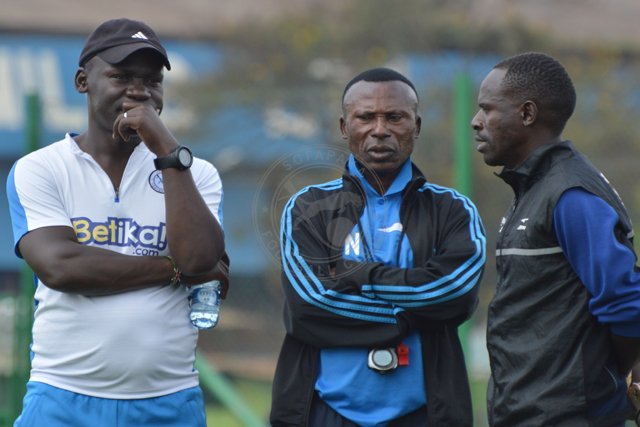 Sofapaka head coach John Baraza has believes his side was robbed off victory after being denied two clear penalties in their 2-1 loss to Tusker during a Monday morning league match at Ruaraka Stadium.

Baraza feels the outcome could have been different

Sofapaka head coach John Baraza is far from impressed from the way his match with Tusker was officiated . The centre referee Alex Ondima, who hails from Nakuru made several wrong decisions that cost the 2009 champions a crucial win against their league rivals Tusker.

“I laud the victor for their play but I feel the outcome would have been different if the match was officiated well” he said. Sofapaka were first to break the deadlock through Kevin Kimani, but the brewers replied through a Timothy Omondi penalty and a David Juma strike.

“Tusker’s first goal should not have been a penalty in the first place, but their second goal was clean and I blame it on our defensive lapse,” said Baraza.

He added:  “However, we deserved two penalties that could have probably seen us end the match with three goals. First goalkeeper Patrick Matasi battered Mico Justine inside the Tusker box and he was shown yellow and we ended up not getting a penalty, which is very ironical. Then Omondi clearly handled the ball inside Tusker box when we had piled up pressure during the dying minutes of the match and again the referee waved play on.”

The last time the two sides met before the Sunday clash, the tie produced nine goals with Sofapaka emerging 5-4 victors.