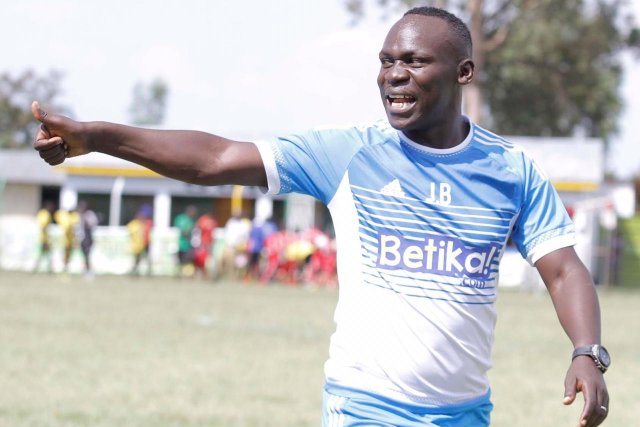 Sofapaka head coach John Baraza believes last Tuesday’s victory against Mathare United will spur the side on when they take on defending champions Gor Mahia in Nakuru’s Afraha Stadium on Sunday.

The game had initially been set for Saturday in Machakos but was moved owing to Gor’s travel from Angola where they played a CAF Confederation game on Wednesday evening.

Baraza says his side is focused on collecting another three points, but concedes it will be a tough assignment against the holders who are enjoying good domestic form.

“Mathare is a top team and getting a win over them was important for our motivation as a team. For a team, winning against direct title rivals is always great and that pushed us somewhere on the table,” coach Baraza said.

He added; “Gor just like Mathare, Tusker and Bandari and now us, we are all in the title race. Winning against these teams is a top target for us because it will put us at some advantage,” the tactician further stated.

On Gor Mahia’s challenge; “They are a top team playing in continental football and they also have very good players. We have full respect for them and it will be a very tough match.”

The tactician has also provided an update on the injuries to Elli Asieche and midfielder Dennis Odhiambo.

“Elli had a small knock against Mathare but he is now okay and has trained well for the past two days. Dennis is not yet ready. He trained on Thursday but not entirely because it was his first day. This game is too early for him because his movement is not as sharp. Probably he will be ready in the next one week,” Baraza said.