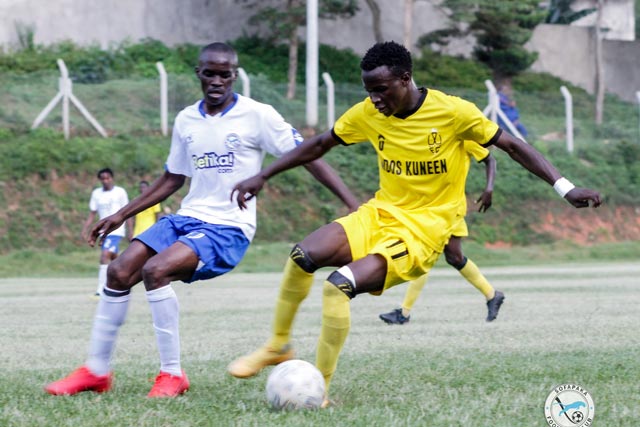 Wazito football club will host Sofapaka on Sunday in round 18 of the 21/22 FKF-Premier League fixture.

Heading in to Saturday’s fixture, below is all you need to know ahead of the match day 18 clash.

Numbers
The two teams have met on six occasions in which the 2009 champions won five of the encounters while drawing the other.

Form
Ahead of Sunday’s return leg fixture. Wazito and Sofapaka are headed into the match struggling to win their matches. In the last three league fixtures, Wazito won two, while Sofapaka managed two draws. Five points separate the two sides; Sofapaka sit 12th on 21 points, while Wazito are 15th on 16 points.

Target men
Lawrence Juma and Michael Owino have been key in goal and will yet again be tasked with the responsibility for goals upfront.

Goals
A total of fourteen goals have been scored in the past meeting between the two teams, with an average of two goals per match.

Team News
Sofapaka have two injury concerns in Sammy Kiplangat and Wilberforce Lugogo, who are out due to ankle sprains and knee injuries.

Reverse fixture
In the first leg meeting in December,goals from Lawrence Juma and Hansel Ochieng were enough as Sofapaka emerged winners in a comfortable 2-1 win over Wazito in an encounter staged in Wundanyi.

The match will be played at Utalii Grounds, Nairobi.