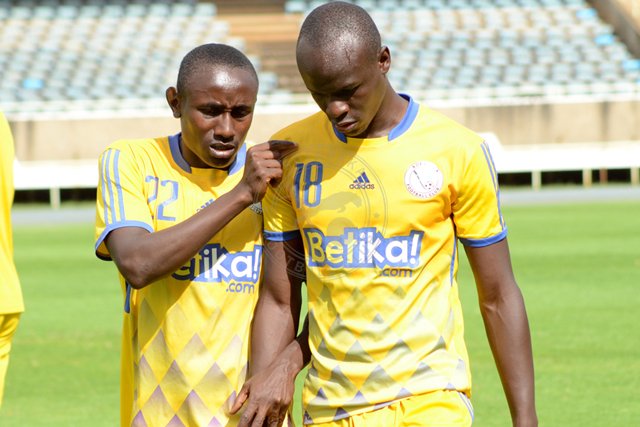 Sofapaka FC captain Stephen Waruru has rallied his teammates to put their A game in force on Saturday when they tackle Kariobangi Sharks in the final of the FKF Shield at Kasarani on Saturday.

Waruru says he is pumped to push the team to victory in his first season at Sofapaka and remains confident the team will win.

“It is a huge game with a lot of demands and we have to be on top of our game. We have worked hard to be here and what remains now is to give our best in this final and win. We have to end the season with a trophy after missing out on the KPL title,” Waruru who joined Sofapaka from Ulinzi Stars at the beginning of the season said.

Waruru reached the 2016 final with Ulinzi where they lost by a solitary goal and this being his second final, he wants to make things right.

“It is rare to get two chances in anything and for me, I want to make this count. We have a good team with quality players and there is experience as well. Everyone is focused on getting results so I am confident we have a winning team,” further stated Waruru.

The striker is expected to lead the line for John Baraza’s men in a game that goals will count for everything at the end of the 90 minutes.

“It is a final, we have to go all out and get a result. There is the prize of playing in the Confederations Cup next year and that is a huge incentive for us as players. We will do our best,” said the skipper.