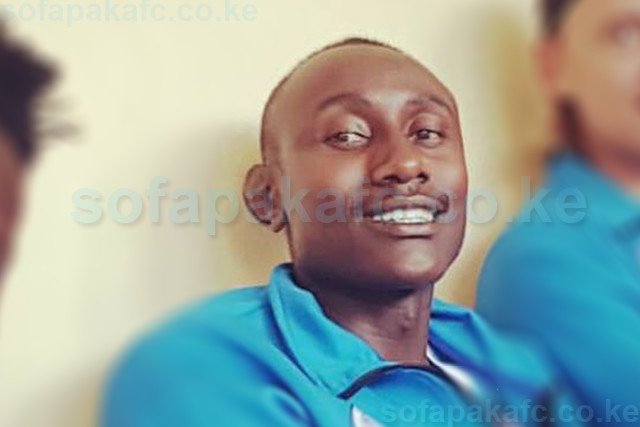 Sofapaka Head Coach Sam Ssimbwa has given plaudits to the team’s new signing Stephen Waruru due to his great input in the 0-0 draw with Uganda’s Kampala City Council Authority (KCCA) in the international friendly match at the Narok County Stadium last Friday.

“Honestly, the new signings gave a good account of themselves but I must say Waruru was a cut above the rest. He left the KCCA defense in sixes and sevens and I want to believe this is the kind of striker who could be an asset for us in the 2018 KPL,” said Ssimbwa.

Indeed, Waruru was a marvel to watch against KCCA as he danced his way past a cluster of defenders but unfortunately, there was an element of lack of communication amongst his fellow strikers which resulted into Batoto Ba Mungu’s failure to find the back of the net.

Other Sofapaka players who came near yet so far to breaching the Ugandans defense were Ezekiel Okare and former Kariobangi Sharks talisman Ibrahim Kitawi.

Although elated at the general input of Sofapaka players and especially Waruru’s, Ssimbwa was compelled to raise concern on the misfiring, saying: “The frontrunners created chances but I would be the happiest man in the world if they made them count and this is what matters in a football match,”

Waruru has been at the centre of a tussle between Tusker and Sofapaka both of who signed him ahead of the new season though the player has hinted that his loyalty is with the latter team.

In the meantime, Ssimbwa said he was satisfied with the performance of Sofapaka during the KCCA friendly and was looking ahead to the 2018 KPL where they are drawn against Bandari in the opening match in earlt February.

“I observed a lot of maturity especially by the newly-signed players and I want to urge them to demonstrate what they’ve learned in training. I strongly believe we will be the team to beat in the KPL,” remarked Ssimbwa, himself a former KCCA player and Head Coach.

During the friendly, only two new players were not fielded including striker Kepha Aswani who was sourced from Nakumatt and goalkeeper Opiyo formerly of Nairobi City Stars.

Sofapaka are set to meet national Super League side Kenya Police FC in another friendly at Eastleigh High School ground onWednesday, January 31, 2018, from 11.00 am.