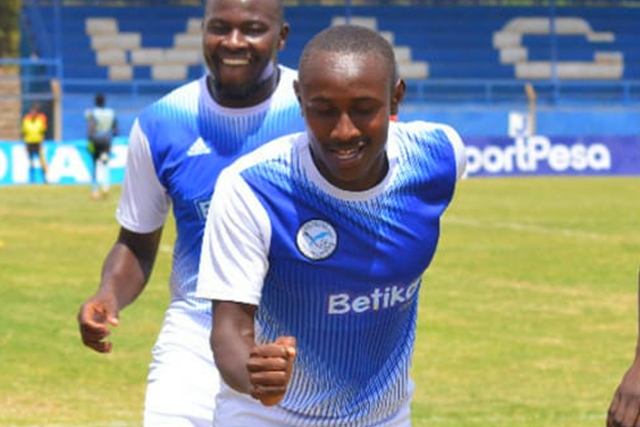 Club captain Stephen Waruru has lauded the importance of teamwork in the team’s run this season, bouncing back from a poor start to the campaign to move all the way into the top three.

The team endured a run of seven winless matches in the opening phase of the season, but bounced back to make for lost ground.

“It has been a good season generally and we have given our best and still giving our best for the remaining matches of the season. Things did not start very well for us but I am happy that we regained our footing to be where we are today. We will still work to achieve our target which is to finish number two,” Waruru stated.

On what has worked for the team this season;

“We had a lot of togetherness and brotherhood in the team. We are like a family and do everything like a unit both on and off the pitch. That has brought a lot of cohesion and in turn the results have reflected on the pitch because we are performing well,” he stated.

The forward hopes he can add on to his scoring tally this season having bagged four goals. Though his primary target was to score above 10 goals this campaign, Waruru says the achievements of the team supersedes any individual accolades.