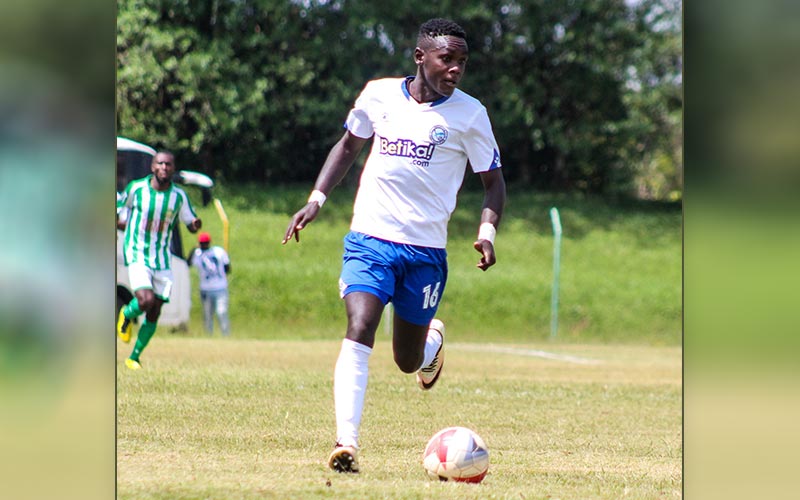 After three goals and an assist to his name, club top scorer Joe Waithira is buoyant on his form and has since set a season target to achieve.

Until the league suspension by the Cabinet Secretary of Sports, Ambassador Amina Mohammed, the midfielder had found the back of the net in three fixtures against Nairobi City Stars, Mathare United and Afc Leopards after six rounds of matches played.

Waithira who scored the opening goal of the season and provided an assist, says he’s happy about having started on a positive note.

I feel good to have had a decent start to the season. More importantly, netting the opening goal of the season for the club and an assist to cap it all against City Stars.

The win over the Leopards was relief and a confidence booster in turning around our season.

We started strongly collecting four points in our opening two fixtures, and afterwards we went three matches in a row winless, a situation that really had an impact on our confidence levels as pressure mounted. However, the win over Ingwe has restored our belief and confidence. It is a turning point for the team, and it is upon us to up our momentum and keep winning in the coming fixtures.

Having three goals to his name, the midfielder believes he has what it takes to challenge for honors at the end of the season and has set 15 goal targets.

When you get playing time, score goals and provide assists as a player, your confidence level rises. I feel so confident and with a target to achieve at the end of the season, I believe scoring at least 15 goals and assisting several others are manageable.

Waithira concludes by being adamant that our season targets as a club are still intact and achievable.

The league is always a long journey. We are 28 games left, with the squad and caliber of players we have presently, I believe our targets are achievable. We only need to keep being consistent and taking each match as final because this is the only way we shall be able to realize our goals.