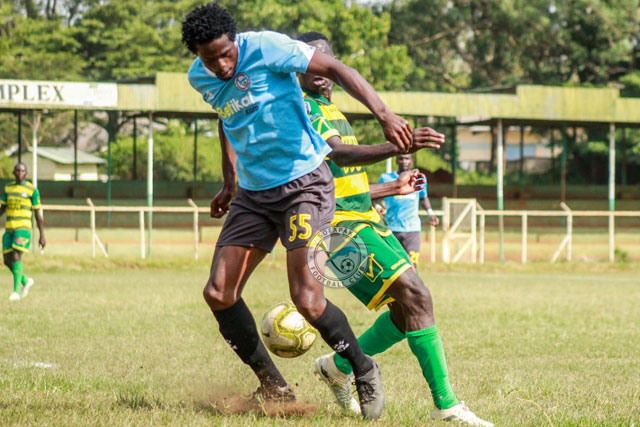 Vihiga United and Sofapaka FC played to a one all draw in a Betking Premier League match played at Mumias Complex.
Kefa Aswani put Batoto Ba Mungu ahead early in the game tapping in Asieche’s delivery with just four minutes of play.
Hosts came alive pressing for an equalizer and their efforts were rewarded drawing level in the 39th minute through Patrick Okulo a goal that saw the first half end all even.
In the second both sides pushed for a winning goal with numerous chances created but all attempts were well dealt with by  keepers on both sides.
The draw takes Sofapaka to eleven points while Vihiga United on nine points.
Up next Sofapaka will take on Zoo Kericho in Wundanyi.