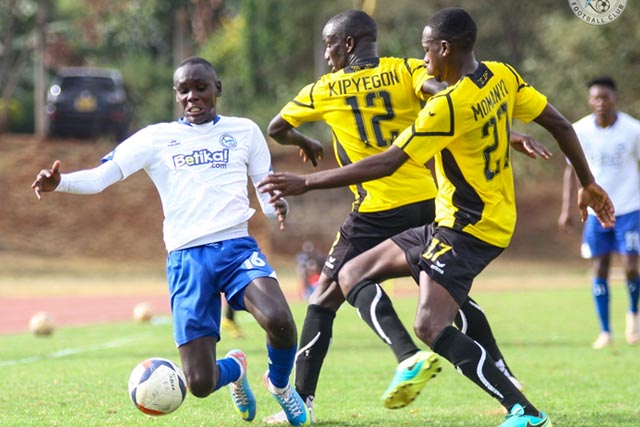 Goals in either half from Ibrahim Joshua and Eric Zakayo were enough as Tusker rallied to beat Sofapaka 2-0 in an FKF-Premier League match. In a match staged at Kasarani Annex, Sofapaka and Tusker kicked off proceedings at a high tempo with each side looking for an early opener.

At the quarter hour mark, Tusker had the first attempt on goal but Shami Kibwana’s attempt proved little to be an easier pick for Kevin Omondi.

Five minutes later,Tusker threatened yet again through Shami Kibwana but Stephen Okola reacted in time to head out the near post delivery.

At the half hour mark, Sofapaka came close to breaking the deadlock. Titus Achesa picked out Joe Waithera at the edge of the penalty area but keeper Patrick Matasi punched out the forward’s near post attempt.

Six minutes on, Batoto Ba Mungu had another attempt at a Tusker goal. Joe Waithira dribbled into the Tusker penalty area and made a cut back delivery to Lawrence Juma but the captain’s shot missed the target, going wide.

On resumption, the Brewers took the lead through Ibrahim Joshua. The Tanzanian jumped high to head in Shami Kibwana’s delivery past Kevin Omondi.

In the 70th minute, Joe Waithira and Hansel Ochieng linked up well on the right flank. Joe set up Ochieng but the striker failed to put the ball past Matasi.

Ten minutes from time, Said Tsuma delivered a low teasing cross to Alex Imbusia. The midfielder dribbled into Tusker’s defense but his final ball hit the side net.

Against the run of play, second substitute Eric Zakayo curled the ball in past Omondi Kevin to double Tusker’s lead.