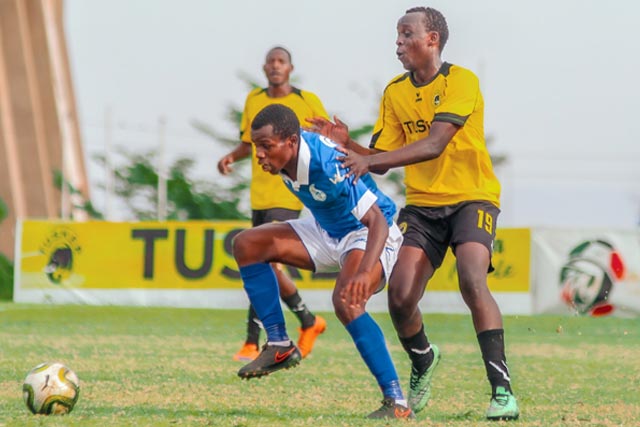 A first-half strike by Tanzanian Ibrahim Joshua was enough as Tusker saw off Sofapaka 1-0.

In a match staged at Kasarani Annex, the visitors had the first sniff on goal on the quarter-hour through David Majak, who received Boniface Onyango’s cross, but David Nshimirimana timely reacted to intercept the Sudanese attempt on goal.

On the 20th minute, Baron Oketch dribbled past Boniface Onyango and Momanyi Charlse before laying Rody Manga on goal, but the forward arrived late and missed from the near post for an easier pick for Brian Bwire.

Three minutes before the break, the visitors took the lead through Ibrahim Joshua. The Tanzanian forward collected Humphrey Mieno’s pass and shot on the far right side of the post to give Tusker the lead.

Five minutes before the break, Brian Wepo perfectly executed a teasing volley from 25 yards that beat Bwire only to be denied by the crossbar.

At the stroke of halftime, Majak once again came close to doubling Tusker’s lead, but the striker was denied by Ronack Otieno, who quickly threw his body on the line for a timely block.

Five minutes after the restart, Alex Imbusia lifted in a long cross to Manga, with whom we came close to leveling scores, but Charles Momanyi came to Tusker’s rescue.

At the hour mark, substitute Geoffrey Ojunga laid a decent ball to Baron Oketch. The forward’s shot went through Boniface Onyango, but his shot went straight into Bwire’s arm.

Twenty minutes from time, Ben Stanely and Ojunga combined through the Tusker Box area, but the latter’s shot was calmly collected by Brian Bwire.

Against the run of play, Titus Achese singled out Ben Stanley. The youngster flicked on goal, but it went over the bar as Tusker held firmly for victory.