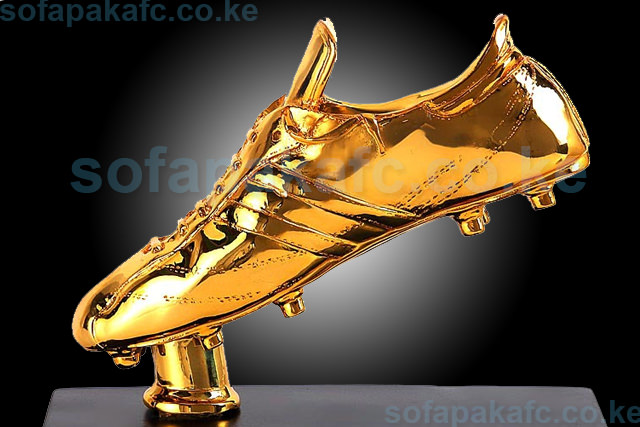 With only six round of matches left before the 2017 season of the Kenyan Premier League (KPL) comes to a close, the race for the Golden Boot is getting hotter with only three goals separating eight players at the top of the charts.

Sofapaka’s lanky forward Umaru Kasumba seems the most in-form player, having netted eleven goals since joining Batoto Ba Mungu in the June transfer window. This is an impressive statistic given that the Ugandan international has only been involved in half of the matches that his competitors have played. He now ties with Ulinzi Stars striker Stephen Waruru who also has eleven goals to his name but has of late found it difficult to build onto his tally.

Closely tracking them is Nakumatt FC’s Kepha Aswani and Gor Mahia’s Meddie Kagere who both have scored ten times. Aswani was unfortunate not to get a chance to hunt for more goals on Saturday, missing his side’s 2-1 loss to Western Stima due to suspension.

Jacques Tuyisenge is another Gor Mahia player who make it into the list with nine goals to show, same as Mathare United’s Chrispin Oduor. Masoud Juma of Kariobangi Sharks and Sofapaka’s Ezekiel Okare come in fourth with eight goals each.

Zoo Kericho FC duo of Mike Madoya and Nicholas Kipkurui sum up the top ten list with seven goals each.