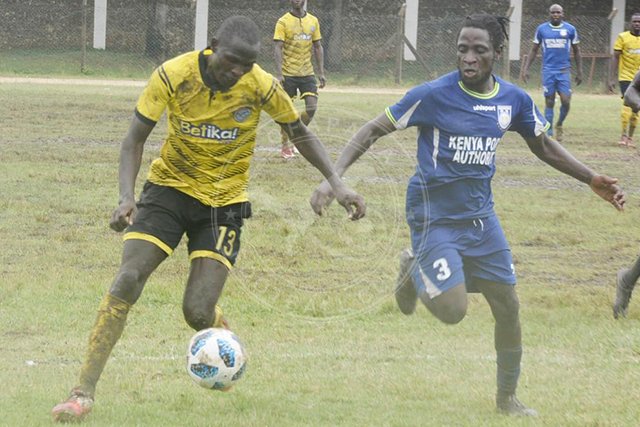 There is an update on the injuries sustained by striker Umaru Kasumba and left back Yussuf Mohammed. The two picked up injuries in the final pre-season friendly against Mathare United last week and after assessment, the doctors have given a report on their recovery.

Kasumba picked up a hamstring injury that might sideline him for up to four weeks while Mohammed who fell awkwardly with his shoulder should be back in first team training after two weeks.

“It’s a shame especially with Kasumba because in training he was superb and hitting the goals. We will miss him but hopefully he comes back better and stronger,” coach Melis Medo said.

The team resumes training on Tuesday morning in Ruiru ahead of next Sunday’s tie against Bandari at the Kenyatta Stadium in Machakos.