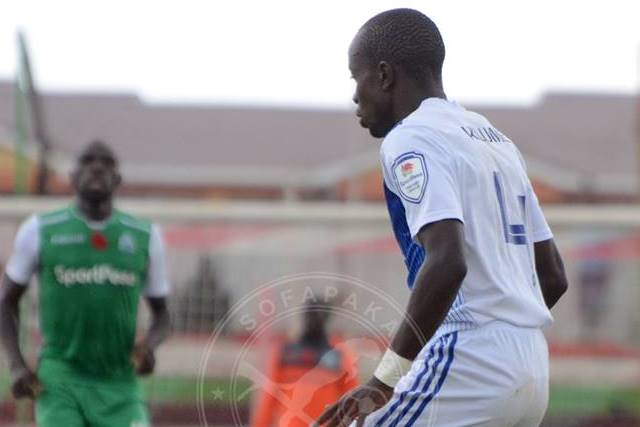 The boys had the final training session on Thursday ahead of the trip to Kakamega where the team takes on Kakamega Homeboyz at the Bukhungu Stadium on Saturday.

Head coach John Baraza has delivered an update on who is in and who is out of that trip, with the boys set to travel early Friday morning.

On Brian Magonya and Umaru Kasumba who both limped out of last weekend’s game against Gor Mahia;

“Magonya and Kasumba were able to shake off the knocks they picked up and have trained well this week. They are ready for action and I am happy that the injuries they picked were not serious.”

“Moha tore his hamstring muscles but the preliminary report we have received is that it might not be as serious as it looked. We had initially feared he might be out for up to three months, but the first tests conducted showed he might be back to action in the next 4-5 weeks. We are waiting for a second scan which will give us the final picture but probably in five weeks he should be back training.”

“Dennis has integrated with the rest of the group but slowly. We don’t want to rush him because we also know he is an important player not only for Sofapaka but the national team as well so we want him fully recovered. He trained well on Wednesday and he has gone for a final scan on his knee. He will not be ready for this weekend but I am confident he will be available in the next game.”