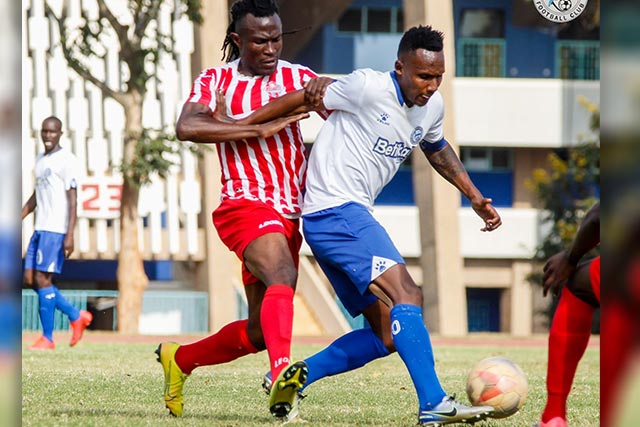 The two teams faced off in March at Kasarani Annex for the first time. Ken Kenyatta’s men emerged 2-1 winners. The two sides will meet on Sunday for the second leg tie.

Form guide.
Talanta go into the match as the better side. Ken Kenyatta’s coached side is placed ninth on the table, four points above Sofapaka, who are 13th on the log with 27 points.

Numbers
The two teams will face off for the second time on Sunday. Going into the match, Talanta was the better side, having won the first leg tie.

Team News.
Ahead of the matchday 24 tie, Coach David Ouma’s side is boosted by the timely return of Roy Okal and Stephen Okola. The duo are fit after recovering from knee and groin injuries, respectively.

Key men.
Both Joe Waithera and Francis Kahiro, who are lethal in goal, will be tasked with goals upfront by both teams.

Reverse fixture.
The Sunday fixture will be the second meeting between the two sides. In the reverse encounter in March, Joe Waithera’s first strike wasn’t enough as Talanta came from a goal down to win the tie 2-1.
The match will be staged at the Ruaraka Sports Complex.