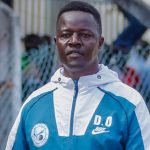 Sofapaka will host Posta Rangers on Saturday in the second match of the FKF Premier League season.

Ahead of Batoto Ba Mungu’s first home match, coach David Ouma has expressed confidence in turning around the performance when the two sides lock horns at Thika Municipal Stadium.

“The players had a good game last weekend despite going down to Bandari. From my observations from our last match, I am confident of turning around the performance heading into the Rangers tie on Saturday.” He said

“The two teams have always had a close game, and in the most recent meetings we have always shared points, so I expect a very tough match because they will want to have a good start while we will be aiming to bounce back to winning ways. Nonetheless, we have prepared well, and I expect a good show from the lads.” He added

“I am glad we don’t have major injury concerns except for Geoffrey Ojunga and David Obasanjo, who are under rehabilitation after being out due to illness and a hip injury, respectively. The rest of the squad members are available, and I hope we don’t experience any problems before the match on Saturday.” Concluded Ouma