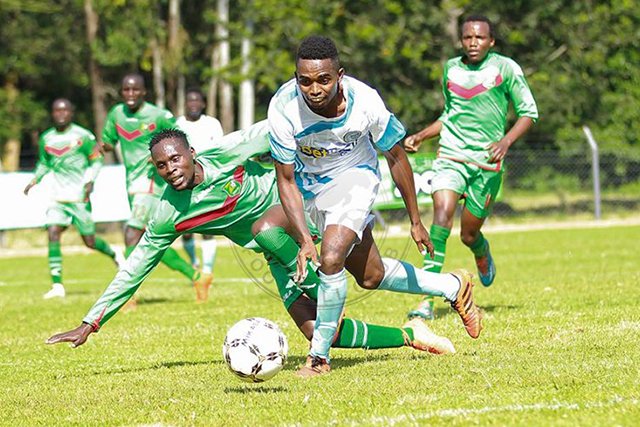 Sofapaka head coach John Baraza says the change that happened just before halftime helped his side down Zoo on Saturday 12th May in Narok.

Batoto Ba Mungu came from a goal down to beat Zoo 2-1 and in the process registered a second consecutive win after their recent losing spell.

In his post-match interview, Baraza admitted that he had to change formation in order to down the stubborn Zoo. He withdrew Ibrahim Kitawi before the break and replaced him with Kevin Kimani, a switch he believes won his side the game.

“The game was a little bit tough, Zoo came into the game with an aim of winning and they really fought hard. Luckily we fought back and we got an important win, that’s what matters. I think change in formation helped us win this game, we started with two strikers (Waruru and Kasumba) then we added a third (Kimani) and it made us sharper upfront and we got the goals,” he said.