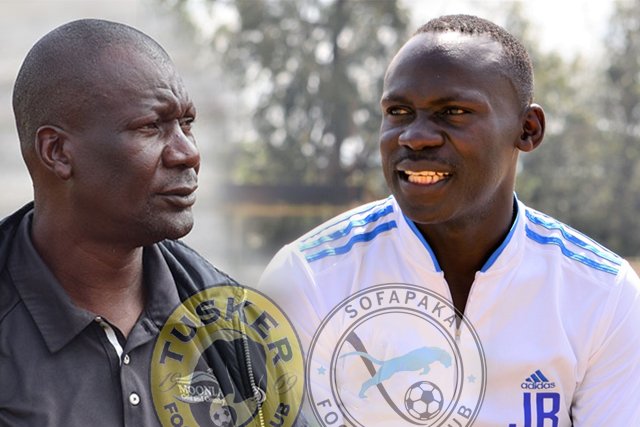 It will be a date between a student and his teacher when Sofapaka coach John Baraza meets his former mentor Robert Matano, now Tusker coach, in a crucial Kenyan Premier League match at Ruaraka on Sunday.
Matano signed Baraza as his key striker while he was the coach of Sofapaka on August, 2009 from league rivals Chemelil Sugar, and he helped him to win the coveted league with Sofapaka at his first attempt.
Now the two come face-to-face, this time both as team managers and Baraza says he has no love lost and all he wants to prove is to show that he learned from the best by beating his own teacher.
“Matano is very tactical. He has been my coach, infact he is the one who brought me to Sofapaka in 2009 and it will be certainly be a clash between a teacher and his student,” said Baraza.
He added: ” I want to show him that I was a good student of him by beating him on Sunday.”
The last time Tusker and Sofapaka met, Sofapaka won 4-3 and Baraza believes they can bounce back from their 2-0 defeat to Sony Sugar in their last league match.
International goalkeeper Wycleff Kasaya is the only player who is not available for selection on Sunday as he is nursing a humstring injury suffered during their match against Sony, but the team has been boosted by the return of top striker Umaru Kasumba who suffered a groin injury during their league win against Wazito last month and has been missing in action for more than one month.