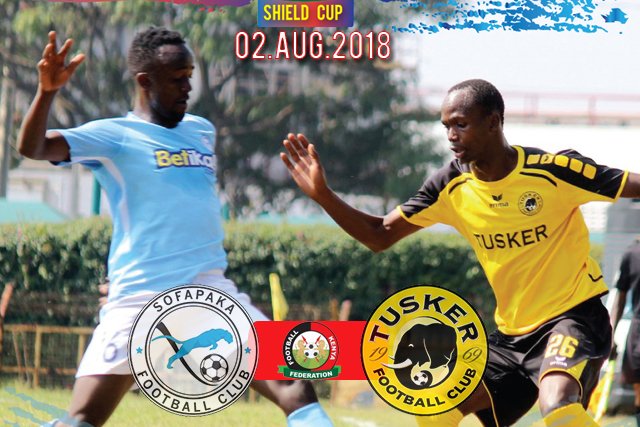 Tusker and Sofapaka renew their rivalry in a SporterPesa Shield Cup quarter final match at Kenyatta Stadium in Machakos on Sunday in what is billed as a potentially explosive meeting.
This comes exactly a month after Tusker edged out Sofapaka 2-1 in a hot tempered replayed league match in Ruaraka that left several players of both teams with bloody injuries.
The original match was abandoned due to heavy rains that rendered the pitch unplayable and when it was replayed 24 hours later, it passed out as arguably the mother of all fixtures and toughest at that in the SPL 2018 season.
Sofapaka coach John Baraza, whose team is basking in the pride of edging out Posta Rangers 1-0 in the league front last week, said they are determined to register back to back wins against Tusker.
“If we beat them at their own backyard I fail to see why we cannot replicate the same in the knockout tournament. The players are psyched up for the match and all I want is for each one of them to play their part,” observed Baraza.
His Tusker counterpart Robert Matano said this is just like any other match and reckons that the team that will take its chances will carry the day. “What matters most in a football game is conversion of chances and if we can do this it will be pretty good. I respect Sofapaka and we hope to give them a good match,” remarked Matano who has previously handled Batoto Ba Mungu.
Interestingly, Matano comes against a player he coached at Sofapaka in form of John Baraza, who has since retired and is now the tactician at Batoto Ba Mungu, and it remains to be seen who will prevail over the other at the dug-out.
As Matano plots for Sofapaka downfall, he will rely on players like Timothy Otieno, Boniface Muchiri and Amos Asembeka to do the job while Baraza has the like of Kepha Aswani, Umaru Kasumba and Stephen Waruru to rely on as the team seeks for a ticket to represent Kenya in the 2019 CAF Confederation Cup.