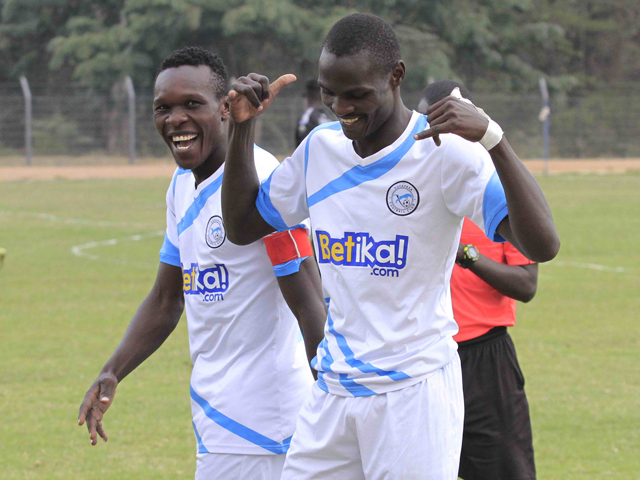 Although it’s premature to ascertain which team shall win the 2017 Kenya Premier League (KPL) title, it would be absolutely safe to say that Gor Mahia and Sofapaka have the gong to lose.
Whether by coincidence or design, both teams which are in the front-line seem to know exactly what to do to continue piling points at the expense of others who are below them in the pecking order.
Gor may not have played to the best of their abilities on August 27 against sworn rivals AFC Leopards but the table-toppers merely salvaged a point in a 1-1 draw.
After going back to the drawing board K’ogalo heeded Coach Dylan Kerr’s clarion call to raise their game and they duly exploded at the weekend, thumping their former bogey side Nzoia Sugar 4-0 in Kisumu to remain steadily in contention for the title.
Likewise, Sofapaka did not disappoint as they also handed a football lesson to Chemelil Sugar away by dispatching them 4-1 and as a result restored the six-point they had bridged with Gor going into the weekend fixtures.
Another talking point in the weekend matches is the marksmanship prowess of Jacques Tuyisenge and Umaru Kasumba who netted a brace each that pepped up Gor and Sofapaka respectively.
As it stands, Gor are still at the top of the standings with 47 points followed by Sofapaka with 41 which, making the title race wide open and worth following going into the 24th round of action tomorrow.
Sofapaka have a date with Ulinzi Stars in Kericho tomorrow and according to coach John Baraza, Batoto Ba Mungu have the resolve to win the match to bridge a six-point gap with Gor.
“Ulinzi may be a strong team but we are determined to prove that we are champions in the making. We dominated the match against Chemelil in their home turf and I don’t expect that against Ulinzi to be an exception,” said Baraza.
While Gor and Sofapaka were making a statement of intent, defending champions Tusker continued floundering with a shock 1-0 defeat to Sony in Awendo.
Two weeks ago, Tusker who are placed ninth in the log settled for an uninspiring 1-1 draw with Kakamega Homeboyz and at this rate, it might take divine intervention for the bottlers to retain the title.
In the meantime, AFC Leopards did themselves a big favour in as far as avoiding relegation is concerned by inflicting Zoo Kericho a 3-1 defeat in Kericho.
Ingwe lie in the 13th position on the chart and will certainly need to win more matches to evade the big chop.
Two other teams fighting relegation, Western Stima and Thika United sunk deeper into the quagmire after both lost their weekend fixtures by identical 2-1 margins to Mathare and Kakamega Homeboyz.