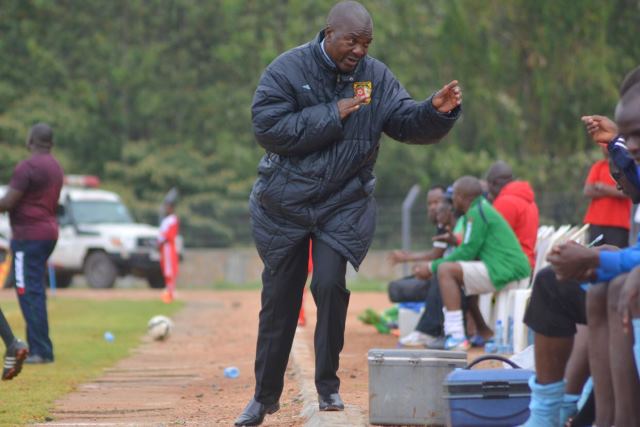 All’s well that ends well is the old proverb Sofapaka coach Sam Ssimbwa intoned after the team dispatched Zoo Kericho 2-1 at Narok Stadium on Saturday to wind up second in the 2017 Kenyan Premier League (KPL).

Ssimbwa had a premonition that Batoto Ba Mungu would emerge runners-up and that perhaps explains the tactician’s bullish attitude going into the final 34th round clash played under an overcast sky in Narok.

“I told you we shall prevail despite the intimidating presence of Zoo who were in the relegation-fighting matrix. Of course, we were not expecting an easy match but I want to say with certainty we had devised a strategy on how we will bring them (Zoo) down to earth,’ said Ssimbwa.

Added Ssimbwa:”Since when Sofapaka beat Tusker In Ruaraka when I was not around, I gathered that players had cultivated a lot of confidence going forward. I’m glad that they were itching to get the job done in Narok and I wish to take this opportunity to say a big thank you to them as well as the entire club’s executive for their input in this success,”

Ssimbwa further added that although what they were ultimately looking for was the KPL gong which has since been won by Gor Mahia, a second placing is equally befitting for his charges.

“It is better half a loaf than none and the second position is a manifestation of how determined we were to vanquish all our opponents. We hope to come back in a big wayin 2018 to reclaim the title that has eluded us since 2009. This has been a wonderful season,” he remarked.

Sofapaka captain Maurice Odipo said discipline and hard work were the attributes which led to their success despite the myriad of challenges the team faced in the season.

“There was this issue of Fifa club licensing which hovered our heads and was bound to keep us out of the top-tier league. We thank God for helping us overcome some of these challenge and here we are, the 2017 KPL runners-up.

During the decisive weekend game, Sofapaka were like a polished diamond, giving the gritty Zoo pound for pound with impressive Ugandan strikers Umaru Kasumba and Ali Feni scoring a goal each to put the game to bed.

Following the win, Sofapaka wound up the league in the second position behind Gor with 55 points followed by Kariobangi Sharks (52 points), Posta Rangers (51 points) and Kakamega Homeboyz (50 points).