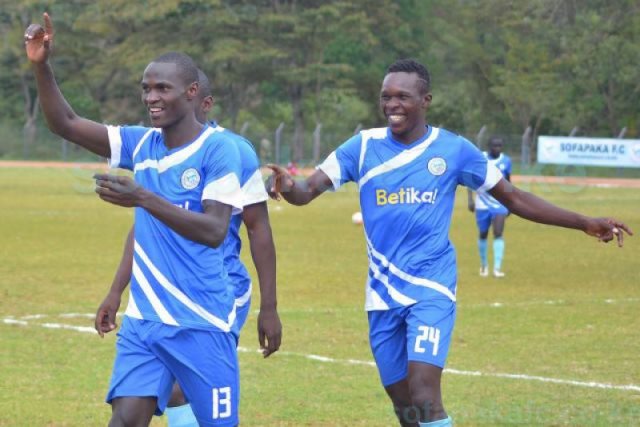 Sofapaka head coach Sam Ssimbwa has hinted at bolstering the squad with new signings next year.

Ssimbwa said he will not necessarily go for established players but greenhorns for the sake of continuity in the team.

“We hope to recruit big and I want to use the off-season to scout for players who have the pedigree to play for Sofapaka. We want to take our performance to the next level and as such, we have to shop for players who will help us realize our aspirations,’ said Ssimbwa.

He added “A big team like Barcelona has been recruiting players ostensibly to perform well and it is only in order that we borrow a leaf if we are to make headways in the Kenyan Premier League next season,”

However, Ssimba said the current playing unit has exceeded expectations in the just concluded league in which Batoto Ba Mungu wound up second behind Gor Mahia.

“At some point in the league, we were in mid-table and nobody expected us to make a great leap to the second position. It was simply incredulous and that shows that the players were determined and I give them big kudos for that. They just have to keep on working hard to get more positive results since Sofapaka is a big brand,” said Ssimbwa.

And first and foremost, Ssimbwa who is fast establishing himself as a “Mr. Fix It” attributed selflessness and discipline amongst players as yet to winding up in a respectable position in the league.

“There are no two ways about it. Players have to be disciplined and these are virtues I instilled to those I have ever handled,” observed Ssimbwa.

The affable tactician has coached several teams across the region among them Sports Club Villa and Uganda Revenue Authority (Uganda), Young Africans (Tanzania) and Atraco (Rwanda).