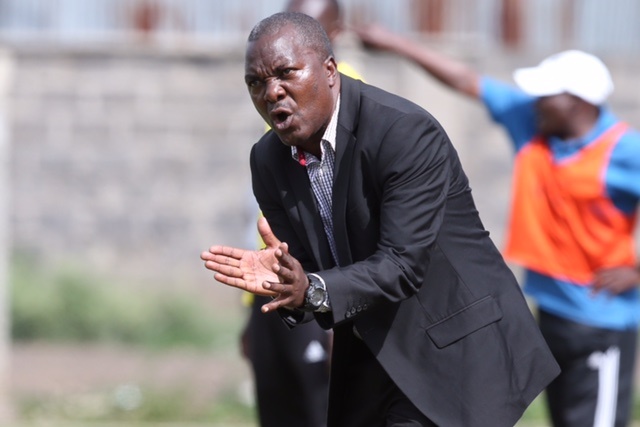 Sofapaka head coach Sam Ssimbwa has showered Kariobangi Sharks with praise after they held them to a barren draw on Saturday September 16 at the Kenyatta stadium.

Sofapaka were eager to reduce the gap between them and leaders Gor Mahia but unfortunately could not break the Sharks defense, settling for one point as they did in the first leg encounter.

Even as he praised Sharks’ resiliency, Ssimbwa was not happy with losing two points but insisted that they will continue fighting as the title race is still far from over.

“Sharks are a good. They have talented players, at times tricky to beat, but the draw was not my wish because I wanted to reduce the gap between us and Gor Mahia. We created more chances in the second half but we were just unlucky. We still have nine matches to go. We have to continue fighting until the end. The title race is far from over,” said Ssimbwa.

Having not won in their last two matches, Sofapaka will be hungry for three points when they visit Kakamega Homeboyz on Saturday September 23, 2017. The 2009 league champions are currently second on the log with 42 points while Kakamega Homeboyz trail them closely behind with 39 points.