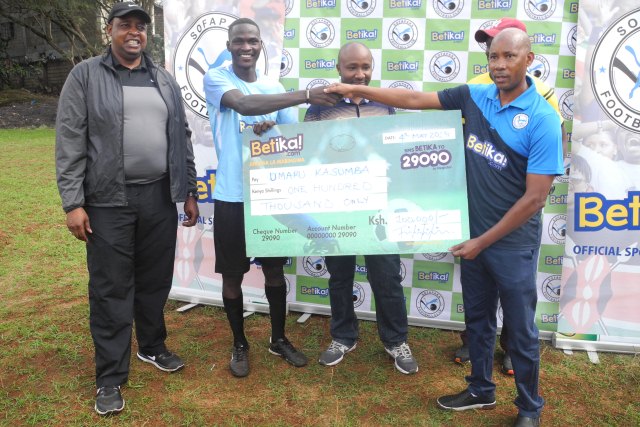 Kasumba was named the Sports Journalists Association of Kenya (SJAK) February player of the month due to his goal scoring exploits while Baraza and Ndikumana received the corresponding March awards and due to that recognition, the sponsors have added them a further reward.

Representatives from Betika were in the training ground on Saturday morning during the team’s final training session before Sunday’s clash against Tusker FC in Machakos.

“This is something really good from the sponsors to support us and award us at this time of the season. I know that this will pose a challenge to the other players to also work hard and get those awards because now we know that the sponsors will reward us as well. Overall, it will make us as a team improve,” coach Baraza said.

Kasumba was grateful to the sponsors for their gesture and promised the team will work harder to get results on the pitch.

“It is a great gesture and now everyone has to work hard. It is also good for the motivation of the players and I hope we will continue in this way and more players from Sofapaka will be awarded the monthly trophies,” stated Kasumba who is also vying for the golden boot.