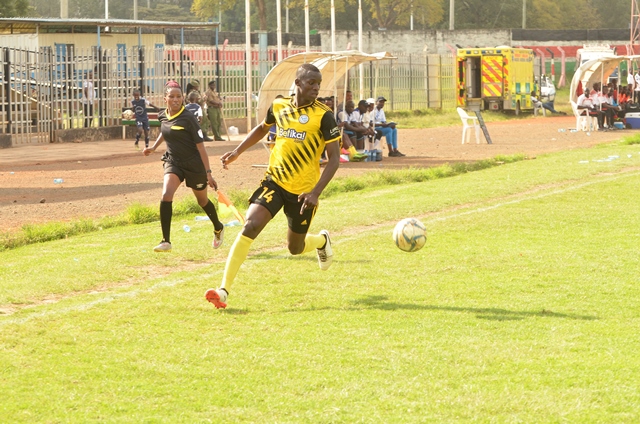 Nyakan scored the priceless goal in the 40th minute after he found himself at the right place in the right time following Ugandan import Peter Lwasa’s speedwork from the right wing.

Mathare who had gone nine matches without tasting defeat prior to yesterday’s result will be haunted by the loss after missing a litany of chances in arguably the most entertaining match since the season began.
The tale of the team’s squandered chance, of which James Kinyanjui was the main culprit, apparently irked Head Coach Salim Ali.

Mathare put Sofapaka on the back-foot early in the match, Kinyanjui missing a sitter in the 4th minute after turning his markers inside-out but had his rasping shot being saved by impressive goalkeeper Ismail Watenga.

Sofapaka were intent on sitting back and catching Mathare on the counter and two minutes later, Elly Asieche found himself with acres of space but was dispossessed by defender Martin Ongori before he pulled the trigger.

Kinyanjui accounted for his missed second chance of the evening when he skied his effort in the 14th minute followed by another skewed effort by his teammate Crispin Oduor.

Baraza attributed the win to a sound game plan and especially when Mathare was on the top of the game.

‘’We are relieved to pick maximum points against strong opponents. Things have started changing for the better for us and we hope to maintain the momentum going forward,’’ said Baraza.