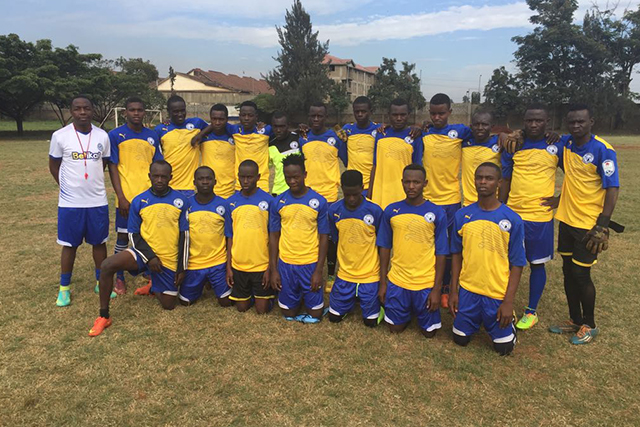 Sofapaka Youth team look set to emulate their senior side’s exploits in their debut season in the Kenyan Premier League (KPL) in 2009, when they won the league on their debut, as they are only three points away from clinching the Football Kenya Federation (FKF) Nairobi Branch league.
After beating their closest opponents Uprising who are second in the Zone A table standings 2-0 at Ziwani grounds over the weekend, now the junior ‘Batoto Ba Mungu’ side only need a win against Jericho All Stars this coming weekend, to be confirmed the league winners and earn promotion to the regional league next season.
Currently they top the table with 35 points from 14 matches with two matches to go, having won 11 matches and only lost a single match the entire season. The two remaining matches are against sixth placed Jericho All Stars who have 23 points from 14 matches and relegation
bound Madiwa City who are placed second from bottom with four points from 13 matches.
“We can now smell the title, but we can’t afford premature celebration until we are declared winners. We only have two matches to go and know a win against Jericho All Stars will settle things, though we want to win both the two matches and finish the season on a high,” said the
team’s coach Edward Mnandu.
He added: “Our match against Jericho was initially slated for Camp Toyoyo on Sunday at 11am, but we have written to the league organisers to move it to Eastleigh High School on Saturday at the same time, because National Super League matches will be played at Toyoyo on Sunday.”
Mnandu said the team was enjoying a good run with back-to-back victories and did not expect to lose the remaining two crucial matches.
The league has three zones, where all the winners of each of the zones will earn automatic promotion to the regional league, while the runners-up will play in a mini-league where the winner would secure the fourth promotion slot.