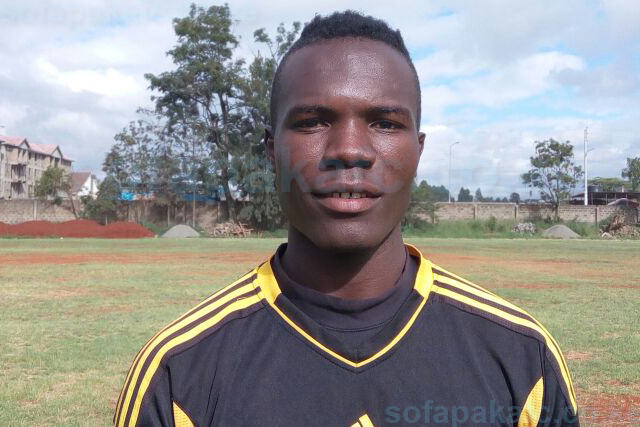 At only 18 years of age, Sofapaka FC fast-rising goalkeeper,  Reuben Juma is already living his dream of breaking through the ranks to feature at the senior level.

His creativity and eccentric demeanour while playing for Sofapaka junior team was what caught the attention of the senior team’s Head Coach Sam Ssimbwa who recently fielded him to replace regular Mathias Kigonya who had sustained a shoulder injury.

Juma did not disappoint in his debut for Batoto Ba Mungu with observers even remarking that besides goalkeeping in which he was assisted by George Opiyo during Kigonya’s absence, the lad had the qualities of an outfield player.

But Juma reckons that his calling lies in stopping shots from marauding forwards and would wish to be instrumental for Sofapaka and hopefully don the starting jersey on a regular basis.

“When Kigonya was injured, I just wanted to prove to all and sundry that I had had what it takes to fill the gap. I’m happy that the technical bench believed in my abilities and nothing is as good as that as it gives you get ample exposure going forward,” said Juma.

“He added,” It is the dream of every player to be considered in the first eleven. As for me, I will keep on working hard not only to make a breakthrough in Sofapaka’s starting squad but also try to impress the national team selectors,”

To a layman, Juma’s exploits are least surprising as he is a product of the football-crazy Eastlands part of Nairobi that has produced players of international repute.

He attended Makongeni Primary School on Jogoo Road before he transferred to Atlas Primary after which he was enrolled at Makongeni High School.

As such, youngsters like Juma were always going to follow in the footsteps of these great footballers and now that he is in Sofapaka’s books, the sky is ultimately the limit for him.

After testing football waters in the Makongeni neighborhood, Juma was snapped up by Nairobi provincial side Naivas FC before venturing into a career with Kenya Methodist University.

He realized his full potential when he joined Sofapaka under-21 side and was in the team that made it to the group stages of the KPL junior championships in 2015.

Juma says former Ulinzi and Harambee Stars glove-man Francis Ochieng’ is his mentor and who has contributed a great deal to his rise in the beautiful game.

“I used to attend matches at City Stadium where I watched Ochieng’ play for Ulinzi Stars and I was impressed by his skills. I approached him and he instilled in me the nitty gritty of becoming a great goalkeeper. The rest is history,” said Juma.

He describes the current Sofapaka squad as laden with exceptional talent capable of making the team go places.

“We have a great team and coaches and by the look of things, Sofapaka is bound to a great team not only in Kenya but Africa as a whole,” said Juma.