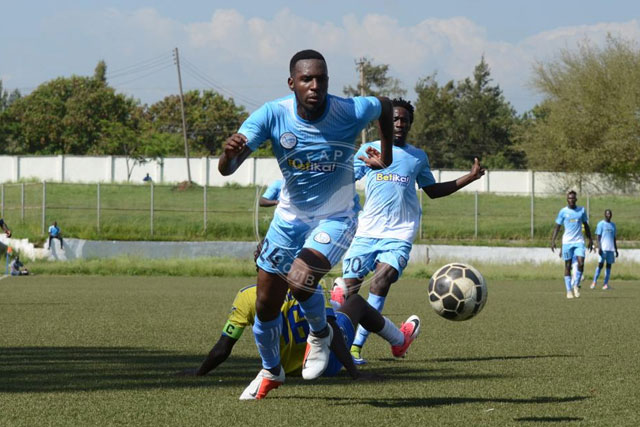 Goals from Cliff Kasuti, Umaru Kassumba and Stephen Waruru saw Sofapaka beat Kenya Police 3-1 in a friendly match at the Ruiru Stadium on Wednesday morning to warm up perfectly for this weekend’s trip away to Vihiga United in Kakamega.

Kasuti broke the deadlock just 10 minutes into the game when he swept in  a well-timed cross from Piston Mutamba, a lead that Sofapaka took to the break.

In the second half, Batoto ba Mungu continued in their dominance and would go two up when Kasumba finished off a cross from Waruru.

John Avire started the constructive move, picking up the ball in midfield to race into the area and release Waruru who did the most by slicing a cross that Kasumba finished.

Waruru got on the scoresheet himself with a neat finish before former player George Maelo pulled one back for Police.

Head coach Melis Medo was using the game to test his systems for this weekend’s game at Vihiga and says he was pleased with how the boys fared.

“We have prepared well and we have a plan and we will stick to it. This game helped us to look at our plans and execute and I am happy with how we did,” the coach said.

“We have worked on correcting our mistakes, the morale is high and the players are progressing the ball well, they are working as a team and are hungry more than ever before,” the tactician stated.

The team will have its penultimate training session in Nairobi on Thursday morning and are scheduled to depart for Western Kenya early Saturday morning.