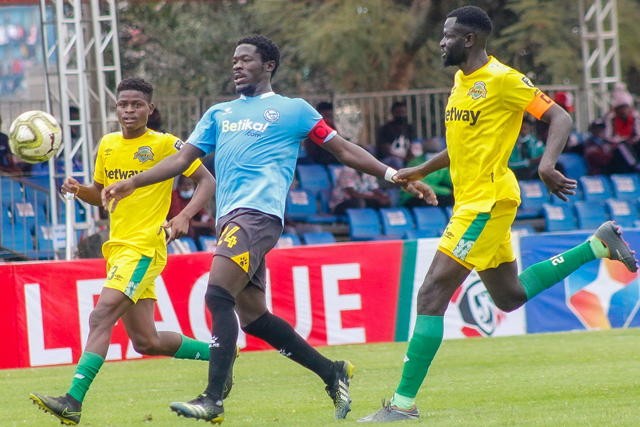 Sofapaka will host Kariobangi Sharks on Wednesday the 19th of January in round 15 of the 21/22 FKF-Premier League fixture.

Heading in to the mid-week fixture, below is all you need to know ahead of match day 15 clash.

Form
Kariobangi Sharks head into the match the best side after huge win over Leopards on Saturday. Two wins and a loss put Shark’s fifth on 24 points, they boost a six point lead over Sofapaka who are in the 10th position on 19 points.

Target men
Coach Ken Odhiambo will bank on captain Lawrence Juma goal scoring prowess to lead his side to victory while Felix Olouch will be vital for William Muluya coached side.

Goals
A sum of 12 goals has been scored in the past eight meetings between the two sides with an average of two goals per match.

Team News
No injury concerns except for Wilberforce Lugogo who is recuperating from a knee surgery. However the team has been boosted by the return of midfielder Said Tsuma from suspension.

Reverse fixture
In last season’s meeting between the sides,Shark’s amassed four points from the two-legged fixtures,winning 2-1 in Wundayi before battling out to a barren draw on the final day at Utalii Grounds.

The match is will be played at Utalii Grounds, Nairobi.