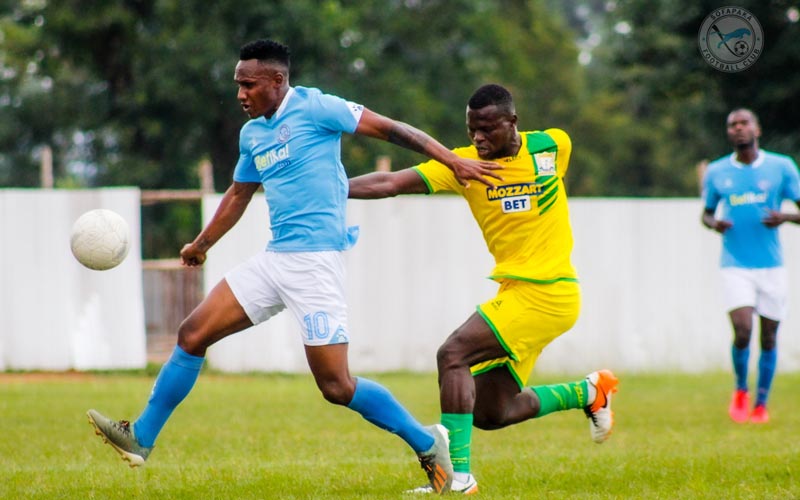 The two teams last faced off in July 2021 at Danson Mwanyumba Stadium in an encounter in which Kakamega Homeboyz came from a goal down to win 2-1.

Form guide.
Heading into match day 25, Benard Mwalala’s side sit at the top of the table on 52 points, a 24 point difference with Sofapaka, who are 12th.

Numbers
Both teams have played 13 matches, with both sides winning four matches apiece, while five other fixtures ended in draws.

Team News.
Ahead of the matchday 24 tie, David Ouma’s side has no injury concerns to worry about, while Benard Mwalala’s side has been boosted by the timely return of Francis Omondi.

Key men.
Joe Waithera and Lawrence Juma will be key assets for Sofapaka, Homeboyz will bank on David Odhiambo and Yema Mwana, who have been lethal on goal, and will be tasked with goals upfront.

Reverse fixture.
The Sunday fixture will be the 14th meeting between the two sides. In the reverse encounter in July 2021, Lawrence Juma’s first half goal wasn’t enough as our opponents came from a goal down to win 2-1.

The match will be staged at the Kasarani Annex.