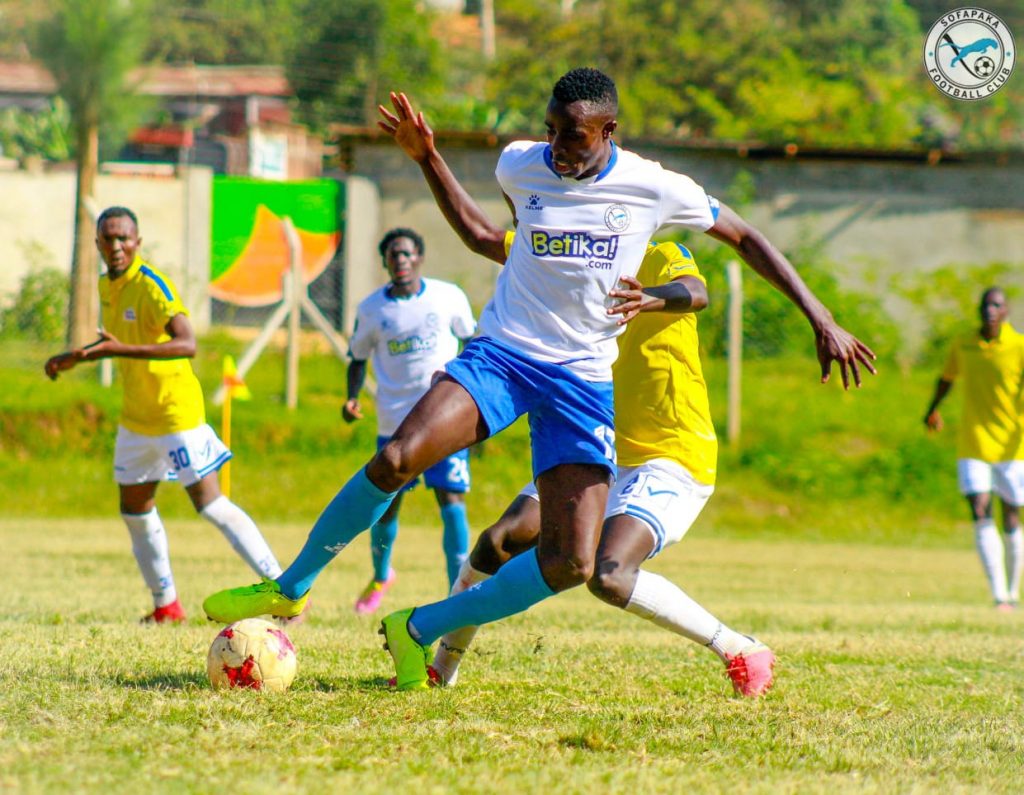 Bidco United held Sofapaka to a barren draw in a Betking Premier League match played on Saturday at Wundanyi Stadium.

Bidco’s half
Visitors Bidco had a brilliant first half, they had numerous chances to convert but were denied by a well-organized Batoto Ba Mungu defense. Former Tusker and Sofapaka forward Peter Nzuki and Stephen Waruru came so close for Bidco but their attempts were well dealt with by keeper Kevin Omondi.

Hosts half
The second half witnessed a strong final half from the team. A series of counterattacks from both the left and right wings proved dangerous but a strong Bidco defense frustrated our attempts. Towards the final minutes of the game, Lawrence Juma would have scored the decisive goal but lack of composure would see him blast his shot off target.

Sifuna shines
Young star Ambrose Sifuna continued to prove a point, the former Soy United winger had a decent game proving a thorn at Bidco’s defense. The youngster had four dangerous solo attempts but was saved.

New signings feature
Our deadline day signings are all featured in the encounter. A second-half appearance for the trio of Mutamba, David King’atua, and Alex Imbusia

Coach’s comment
“Bidco had a good first half, they were on top but we defended well. The second half was ours to get the maximum points but sadly we picked a point.”

On whether Bidco draw is a disappointment;
“Honestly yes we feel disappointed especially when playing at home. We came for the three points in the game but then a point out of it. We welcome the point and shift our focus to the next fixture against Kakamega Homeboyz.”

On new signings ;
“Today we had all our deadline day signings feature in the game. Am happy we have players in every position and it’s only a matter of time for the team to gel. Once we achieve that then we shall be good to go.” The coach concluded.