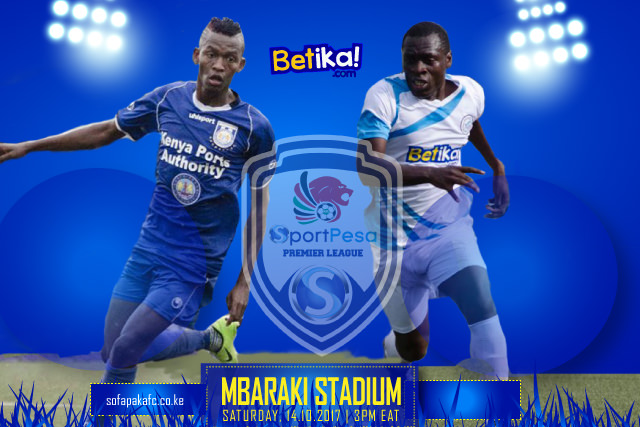 When Sofapaka last played in an away Kenyan Premier League (KPL) match, they succumbed 1-2 to table-toppers Gor Mahia at Moi Stadium in Kisumu.

This is a spell Batoto Ba Mungu will be hoping to cast away in the searing temperatures of Mombasa when they engage Bandari at the Mbaraki Sports Club on Saturday.

Sofapaka coach Sam Ssimbwa, whose team is vouching to wind up among the top two positions in the league, has already sounded war-drums but is nonetheless cautious of a Bandari side that gave them a hectic time during the first leg match in Nairobi.

“I can say with certainty that my boys are hungry for victory, but it should be understood that Bandari held us to a barren draw in Nairobi and should thus not be treated with kid-gloves,” said Ssimbwa after conducting Sofapaka’s penultimate training before the team embarked on an estimated 462-kilometre trip to Mombasa.

In the meantime, one player who will perhaps take on the dockers with settled nerves is free-scoring Ugandan import Umaru Kasumba who has just bagged back-to-back Sofapaka’s best player and top scorer award.

“The award has given me motivation and I can’t wait to face Bandari in my quest to increase my goal-tally. I want to make Sofapaka better than I found it and hopefully, I will be able to bag the Golden Boot Award,” said Kasumba.

So far Kasumba has netted 11 goals, same as Waruru of Ulinzi Stars and it will be interesting to observe who amongst them will have the last laugh with only an average of eight matches left before the conclusion of the season.

Meanwhile, Since he decamped to the free-spending Sofapaka from Thika United last June, attack-oriented winger Timothy Luda has cultivated a lot of discipline at Batoto Ba Mungu’s camp to the extent of earning himself plaudits from the coach Sam Ssimbwa.

It is because of such virtues that Ssimbwa has explicitly declared that Luda will be part of the squad when the team goes hunting against Bandari.

“I must say that since Luda relocated to Nairobi from Thika, his behavioral attitude has changed to the better. You know, he had been exposed to all sort of ills not suitable to footballers such as partying but once we plucked him from Thika and brought him to Nairobi, he is now a disciplined player par-excellence,” said Ssimbwa.

Sofapaka couldn’t have wished for a great morale boost going into the Bandari game given that almost all the players are in tip-top shape.

“We are going to Mombasa not as tourists but to conjure up a descent result since most of the players are fit. Bandari is a strong team especially when playing at home but all the same, we are determined to give them pound for pound,” said Ssimbwa.

However, Sofapaka will miss Humphrey Okoti and Bernard Man’goli, who are on the injury list, as well as Willis Ouma who has accumulated yellow cards.

Mathias Kigonya is expected to provide a safe pair of hands between the posts with Wesley Onguso, Rodgers Aloro, Jonathan Mugabi and Maurice Odipo providing cover at the back as Hilary Echesa lead forays in midfield.

As usual Kasumba will lead the goal-hunt assisted by Ali Feni and Kennedy Oduor.