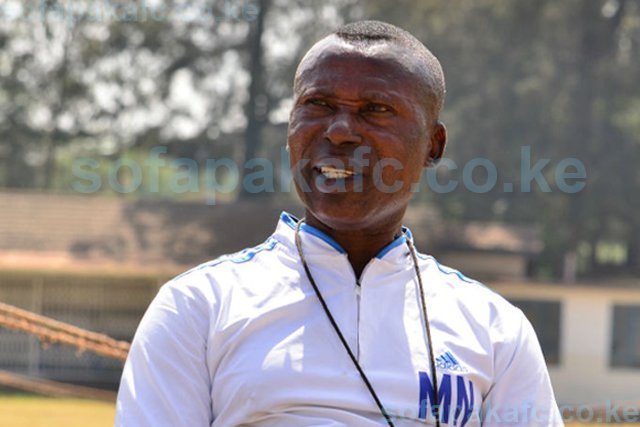 Sofapaka Technical Director Martin Ndagano is wondering aloud how some of the club’s highly talented players escaped the eyes of national team selectors for the Cecafa Senior Challenge Cup Championship which kicks off in Kenya on December 3.

Ndagano does not hide the fact that he has been baffled by the decision of Harambee Stars expatriate coach Paul Put and his deputy Stanely Okumbi not to summon any of Batoto Ba Mungu players for the regional assignment despite the club winding up second in the just concluded Kenyan Premier League (KPL).

“Honestly, I can’t really understand what the qualities the national team selectors were looking for if Sofapaka players could miss out. Obviously, finishing second in the league should imply there were stand-out players at Sofapaka who should have been considered for national duty,” said Ndagano.

He gave examples of indefatigable fullback Willis Ouma, midfielder Mohammed “Master” Kilume and Wesley Onguso who, he said, are all ripe for national team duty.

“A player like Ouma (Willis) can be deployed at any defensive position and has been Sofapaka’s mainstay in the rearguard. As for Kilume and Onguso, they have shown a lot of maturity and ought to be tried out at the national team,” explained Ndagano.

Unlike Ouma and Kilume, Onguso has previously graced the national team as a trialist before being dropped by Okumbi for strange reasons.

Apparently, it would be extremely foolhardy to ignore Ndagano’s remarks on the selection of Harambee Stars players considering his high profile when he was coaching Mukura Victory and Rayon Sport in the Rwandese league a couple of years ago.

In a nutshell, Ndagano has an enviable record of producing players who are national team material.

For example, during his stint with the eight-times Rwandese league champions Rayon Sport, Ndagano groomed players like Olivier Rutabinga and Dusanga Jean Pierre Pokou who went ahead to play for the Rwandese national team, Amavubi (The wasps).

But Ndagano points out that it’s the discretion of Harambee Stars coaches to select players of their choices, adding that what Put and Okumbi need, is to be given a free-hand in the exercise if they are to succeed.

“Although no Sofapaka player is involved in the current squad, I believe the selected players have the pedigree to help Harambee Stars win the title on home soil. A perfect start in their opening match will give the players the much needed confidence in subsequent fixtures,” noted Ndagano.