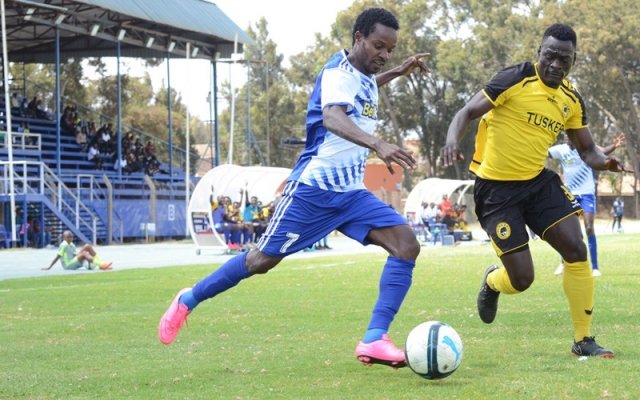 Former league champions Sofapaka will miss the services of utility player Timonah Wanyonyi when they face title rivals Mathare United at Kasarani Stadium in one of the five Kenyan Premier League mid week matches lined-up for tomorrow.
According to team manager, Timona who is currently recovering from malaria, is the only regular player not available for tomorrow’s crucial match.
“All the other players apart from Timona Wanyonyi are available for selection and we expect a good match against the 2008 champions,” said Echesa.
Though Mathare currently enjoys a better run in the league than Sofapaka, having gone for eight matches without a loss, winning four and drawing four, Sofapaka who have had mixed results in their last eight matches where they have won three duels, lost three and drew
two, enjoy a better head-to-head record over their hosts.
The last time Mathare United beat Sofapaka was in February 18, 2018 and that was the second time the Slum Boys beat Batoto Ba Mungu in the last eight meetings.