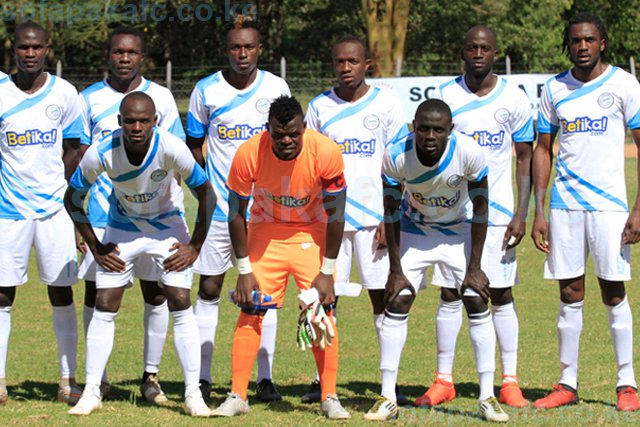 Big-spending Sofapaka are contemplating dropping one of their five foreign players to accommodate Burundian central defender Moussa Omar who has signed a two-year deal with the team.

Sofapaka’s Head Coach Sam Ssimbwa hinted at off-loading one of the five Ugandan imports in the team to be complaint with the mandatory five required in the Kenyan Premier League (KPL) rules, after the acquisition of Omar.

However, Ssimbwa pointed out that it will be a mind-boggling affair to cut down on the composition of the foreign players at Sofapaka’s playing unit given their great input and selfless service to the club ever since they were roped in KPL 2017 mid-season transfer window.

“It will be a hard and painful decision to make but it’s prudent since we want to be tractable with the laid down rules and regulations governing the KPL league,” said Ssimbwa.

The impending purge at Batoto Ba Mungu is most likely to affect defenders given that Moussa Omar plays in a similar position where he has excelled both at his immediate former club Bugusera FC and the Burundian national team.

The signing of Omar, who was a gem for Burundi in last year’s Cecafa Senior Challenge Cup in Kenya, brings to seven the number of players signed by Sofapaka ahead of the 2018 KPL.

Other new faces include Kariobangi Sharks duo of Ibrahim Kitawi and Eli Asieche as well as Jackson Saleh who has been club-less ever since leaving Western Stima.

Speaking on the new development, Ssimbwa said it is geared towards getting the best out of the team in its quest to win the 2018 KPL.

“We have made marquee signings ostensibly to increase depth in the squad as we explore ways on how we will wind up the 2018 league second to none,” said Ssimbwa.