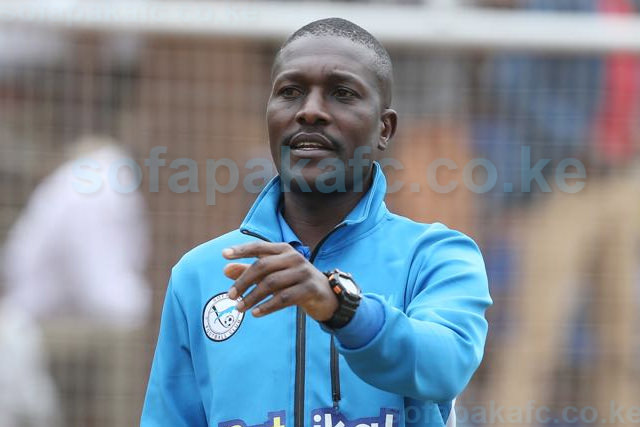 Sofapaka Manager Willis Waliaula has been suspended and not sacked contrary to reports doing rounds, over involvement in alleged match fixing during the match against Western Stima last weekend.

According to independent reports in the team, Waliaula’s suspension stems from breaching clauses 1(i) and 6 in the contractual agreement which includes defaming the club and talking to the media and third parties in matters which are deemed injurious to the team.

“Please bear in mind that we are in receipt and are aware of your statement that you sent to the media as at yesterday at 13.05pm which stated as follows; “As long as they bring good offer on the table there is no problem,”

The correspondence was purportedly relayed to Western Stima by Waliaula ostensibly as an accomplice in the alleged match fixing of the KPL match which Sofapaka lost 3 – 1.

The three clauses enshrined in the contract and which the embattled official is said to have breached read thus:

Meanwhile, Waliula has vehemently refuted claims he helped fix the match and accused persons on social media of misrepresenting facts.

His denial comes after a post that he says was taken in the wrong context went viral on social media.

“I was reacting to a post on facebook post made by a friend of mine. He had said that with GOtv ending their sponsorship for Shield Competition, Betway had showed interest in sponsoring the competition from next season and all I said was that they are welcome if they have a better offer,” said Waliaula.

He added, ”Later someone took a screenshot of my comment without including the original message and used it to imply that I was talking about our Saturday’s match,” said Waliaula.