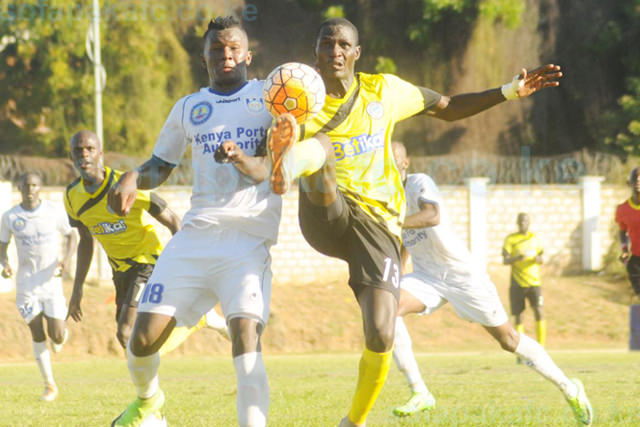 Sofapaka downs Bandari to a 2-1 in a Kenya Premier League action where Wilson Obungu was sent off again. This win still places Batoto ba Mungu on the number 2 slot on the premier league standings.

Edwin Lavatsa made good use of Fred Nkata’s pass into the box and tapped past Mathias Kigonya in the 24th minute of play. Hassan Abdalla had missed to put the host in the lead in the second minute after breaking loose on the right flank.

Michael Oduor tried his best from a long range shot but his low drive landed in Wilson Obungu’s hands and the keeper was at it again as he stopped Ezekiel Okare’s header from Rodgers Aloro’s free kick in the 16th minute.

Kennedy Oduor almost gifted Ivan Kiwewa a goal as he failed to clear inside the box but the Bandari forward shot off target as the teams headed back into the tunnel.

Michael Oduor delivered a good cross the left flank and Bandari defenders failed to clear the cross and Meshack Karani scored from the goal mouth melee.

A minute before the final whistle blew, Bandari keeper kicked Umaru Kasumba and was shown the red card. He refused to leave the pitch but his technical bench prevailed upon him. Nkata was sacrificed and Joseph Okoth went to guard the post.