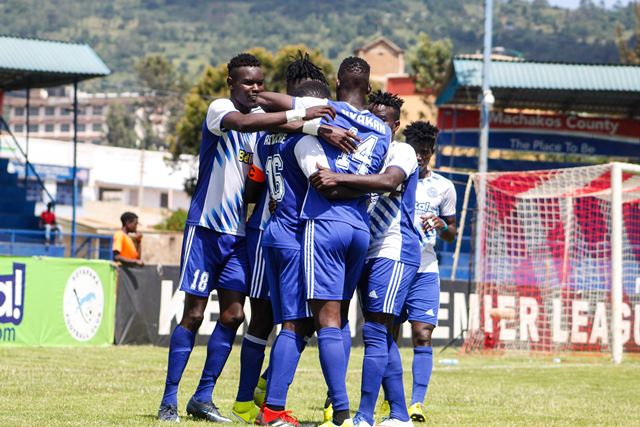 In an early kick off, Sofapaka started strongly with a Wakhungu effort but his hard on shot went out wide. Another quick attempt would ensue in 23rd minute, Ghanian Nana Jedinak linked up well with Wakhungu who in turn had a hard shot at goal only to miss narrowly.

Nzoia Sugar would then rise to occasion pressing us on our own half but the defence stood firm leading to barren half.

On resumption for the second half, head coach John Baraza pulled out Aswani Kefa for Brian Nyakan and after only two minutes on the pitch, Nyakan and Wakhungu combined well before setting Simiyu through who made no mistakes tapping in our first goal of the day.

In the 63rd minute, Nzoia pulled one back through Morris who rose to chest in from a long throw in. Coach Baraza threw in Mohamed Kilume for Nana Jedinak a move that stabilized our midfield. Titus Achesa added our third of the match after a quick solo ran before substitute George Maelo completed our big win with an easy tap in from Elli Asieche’s lovely delivery.

The team will have one day rest before resuming training in preparation for next league fixture away to Chemelil Sugar.