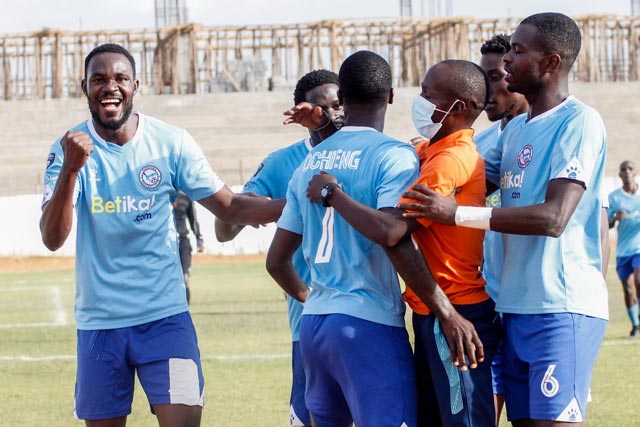 Lawrence Juma and Hansel Ochieng goals were enough as Sofapaka fought hard to end the year on a high run.

At the quarter-hour mark, Lawrence Juma had his one on one attempt punched back to play by the goal keeper.

At the stroke of half hour mark, 2009 champions took the lead through Lawrence Juma. The captain converted from the spot after Joe Waithera had been brought down

Five minutes from end of the first half, Joe Waithera almost doubled Sofapaka:s lead but the midfielder failed to head into an empty with the keeper already beaten at goal

On resumption the host began the match on a high tempo in quest to get the equalizing goal, partly ten minutes into the second half, Martin Oduor comes close to draw the host level but Odhiambo reacted to punch out the danger

At the hour mark substitute Hansel Ochieng had a perfect run into the penalty but his last attempt was cleared off the line.

Ten minutes on, Titus Achesa delivered in a beautiful ball into the penalty area to Randy Manga,the Congolese header missed the target by a whisker with the keeper well beaten.

Five minutes from time substitute Hansel Ochieng had a decent solo run before curling past the custodian to double our lead.