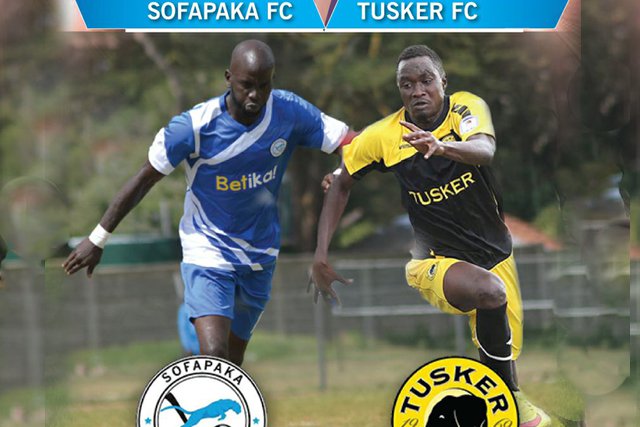 Since they chalked up modest gains in the Kenyan Premier League after a lean period, Sofapaka have thrown down the gauntlet and their alluring form will come under scrutiny on Sunday when they face Tusker at Kenyatta Stadium in Machakos.
Granted, the match brings together battle-hardened sides and the take of pundits is that whoever shall win the contest will have broken a lot of sweat.
Batoto Ba Mungu should draw great inspiration from the fact that they have not lost their last three fixtures and the team’s coach Sam Ssimbwa believes his charges are capable of humbling Tusker.
“It’s all about believing. My players now have a winning mentality which is quite encouraging. We are upbeat and I hope the players will demonstrate what they learned in training,” said Ssimbwa ahead of the anticipated clash.
The tactician, however, rued a litany of missed chances by his forwards during the goalless draw with Kariobangi Sharks last week and hopes that the mistake will not be repeated against the brewers.
“We lost chances and this is hardly the way to win matches. Goals are the ones which count in a match and I hope this message will be grasped by strikers. In as much as I anticipate a tough battle, all I want is for them to bury the chances and put the game to bed,”
By all indications,Tusker will be leaving no stone un-turned after they received a lot of criticism following their barren draw with Thika United last weekend.
But in Sofapaka, Tusker will be meeting a team that is known to rise to the occasion against big guns which calls for them to be extra cautious.
Moreover, if Sofapaka play as they did against Posta Rangers in a 2-1 win on March 3, then Tusker will be hard pressed to evade defeat.
That said, Ssimbwa is expected to make minimal changes in the squad that played Sharks with Mathias Kigonya likely to be preferred between the posts as Yusuf Mohammed, Rogers Aloro, Willis Ouma and Moussa Omar provide cover in the rearguard.
Kevin Kimani should spearhead the midfield as Stephen Waruru, Kepha Asawani and Umaru Kasumba shoulder the responsibility of searching for goals.
Sofapaka’s probable line-up M. Kigonya, Y. Mohammed, R. Aloro, W. Ouma, M. Omar, M. Kilume, K. Kimani, E. Asieche, S. Waruru, M. Oduor, K. Aswani