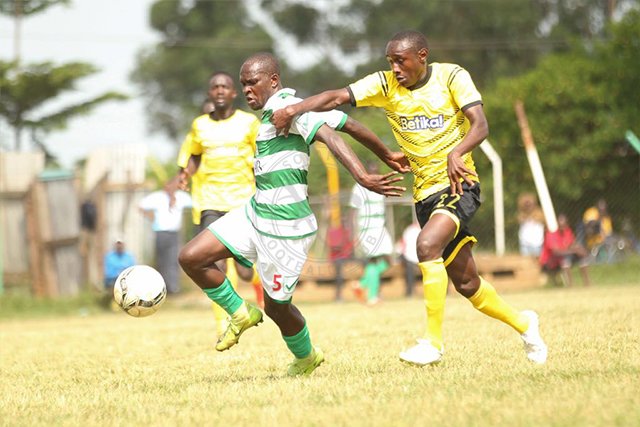 Sofapaka obviated another defeat from Nzoia Sugar fc, to make it end in a 2 all draw match at Sudi Stadium on 18th August 2018.

Stephen Waruru scored on the 67th minute to give Batoto ba Mungu the equalizer and earning a point each on the KPL log.

Mike Oduor opened the goals on the 12th minute before their Nzoia opponents Collins Wakhungu and Patrick Kwitonda scored in the 19th and 22nd minutes respectively to set the clash in the home side’s favor, which lasted the entire first half.

Brian Magonya and Pistone Mutamba were introduced by John Barasa in an attempt to get the second goal and put things at par. Michael Oduor and Elly Asieche vacated their positions for the new entrants.

Waruru scored the fourth goal of the match and second to the visitors in the 67th minute. Nzoia were punished for backpedalling and allowing Sofapaka attack from wide areas and dominance of midfield.

John Baraza’s side was smarting from a 0 – 1 loss to Vihiga United in the last game and was hoping to get some reprieve against the team coached by his former team mate at Sofapaka, Nicholas Muyoti.

This scores gave both coaches the much needed reprieve.

The result leaves Sofapaka fourth on the log with 44 points and Nzoia drops to 14th with 31points.