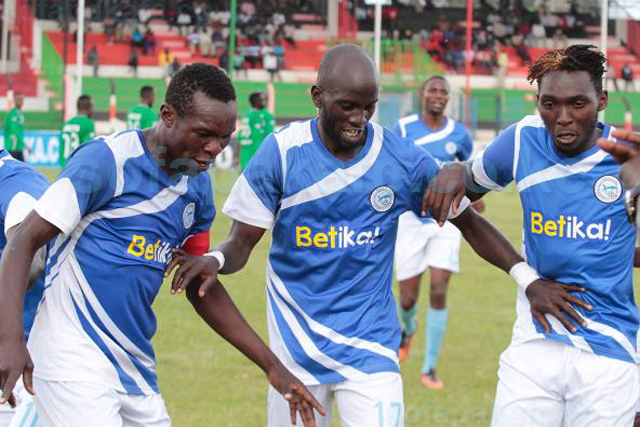 Sofapaka captain Maurice Odipo is glad to having been the steward of a winning outfit in the Kenyan Premier League (KPL) clash against 2016 champions Tusker at the latter’s backyard last Saturday.

Batoto Ba Mungu beat Tusker 1-0 in a match played at a sodden pitch at Tusker Village in Ruaraka and Odipo said he cannot thank his teammates enough following the success.

“Honestly, I feel happy to continue skippering a Sofapaka squad that is increasingly showing hunger for success. Mind you, it was not easy taming Tusker before their own fans and especially playing in atrocious pitch conditions occasioned by overnight rains,”

Added Odipo: ,”I want to sincerely thank all my teammates for their great contribution in this enviable breakthrough and obviously, I expect more of such cameo performance from them going forward,” said Odipo.

The no-nonsense defensive midfielder said winding up second in the top-tier league is Sofapaka’s ultimate dream, adding that they will treat the last match against Zoo Kericho in Narok next weekend with all the seriousness it deserves.

“We have crossed the hurdle against Tusker and now have Zoo Kericho to deal with as we approach the climax of the 2017 KPL. We are all oozing confidence and God willing, we should complete a double over Zoo and take the second position with open arms,” Odipo quipped.

Sofapaka will be taking on Zoo with the bragging rights of having beaten them 3-0 during the first leg at the Kericho Green Stadium on April 16, 2017.

Paul Odhiambo was the main assassin in the convincing win after notching a superb brace with Ezekiel Okare contributing the other goal.

Odipo reckons that although they are confident of grinding good results against Zoo in the upcoming reverse fixture, they expect nothing short of challenge from the visitors.

“You know, Zoo are trying to evade relegation and can be an extremely difficult side to handle but if we maintain our momentum, we should prevail over them. For us, we’ll be treating this match like a final,” remarked Odipo.