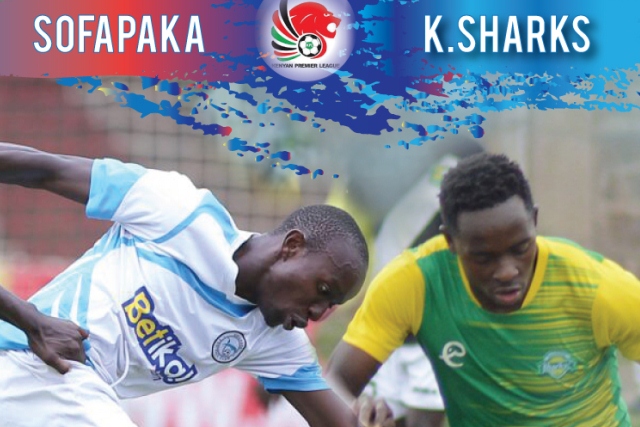 Kariobangi Sharks are walking on eggshells in the SportPesa Premier League (SPL) and it will be dire if the team which has lost five consecutive matches falters at the hands of Sofapaka at Narok Stadium on Saturday.
Sharks coach William Muluya is a besieged man with the team’s fans calling on his replacement following a string of poor results, the latest of which was a 2-0 beating at the hands of Sony Sugar at Camp Toyoyo ground in Jericho last weekend.
Another loss for Sharks will be almost calamitous and whether Muluya and his charges went back to the drawing board to turn round the team’s floundering fortunes remain to be seen.
In the meantime, Sofapaka are equally angling for improved results after losing 3-0 to Gor Mahia last Wednesday in a performance that left Batoto Ba Mungu faithful overly disappointed.
Sofapaka coach John Baraza has apologized to the team’s fans over the pedestrian performance which he attributed to school-boy errors and a moment of ‘madness’ from the team’s goalkeeper Wycliff Kasaya who was sent off after committing a professional foul.
Against Sharks, Baraza, whose team has gone four matches without tasting a win, said he expects a high noon and especially given that they will be up against a team that badly need a win after a five-match win-less streak.
“Playing such a team (Sharks) is tricky but all I can say is that we also want a win and whoever will take their chances shall carry the day. We spurned chances against Gor and I’ve instructed my players to be a little bit keen in their delivery upfront,” said Baraza.
While Sofapaka have proven goal scorers like Stephen Waruru, Kepha Aswani and Pistone Mutamba, Sharks also boast of their own like Eric Kapaito, Duke Abuya and James Mazembe who will need tight police marking