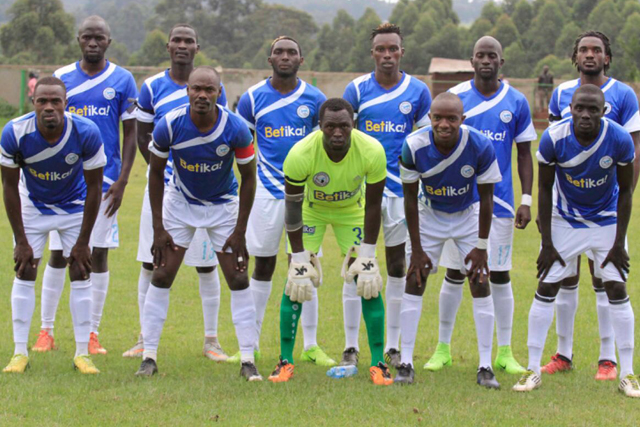 When Sofapaka take  on Kakamega Homeboyz in the return match of the 2017 Kenyan Premier League (KPL) at Mumias Complex on Saturday, it will rekindle not only the rivalry between the two sides but also the notable coincidence in which most of their meetings have ended in draws.
A peek at some of the records indicate that on May 4, 2015 at Nyayo National Stadium, it was a closely contested affair between the two teams with the final score line reading 0-0 and among players who shone for Sofapaka were goalkeeper Duncan Ochieng and defender James Situma who have since joined Tusker.
Despite dropping points, Sofapaka were on top of their game and this perhaps explains why Ochieng’ was voted the man of the match due to his top-drawer saves.
The stalemate took Sofapaka to the top of the league standings with Homeboyz dropping a wrung lower from the 14th to the 15th position.
Then on July 17, 2016 at Mumias Sports Complex, Sofapaka rallied from a goal down to restrict Homeboyz to a 1-1 draw.
The close contests continued and fast forward to April 22, 2017, during the first KPL match to have been played at Camp Toyoyo ground in Jericho, the two teams played to a barren draw in which scoring chances were created by either side..
So hard fought are battles between Sofapaka and Homeboyz that the lingering question is; just who among them will break the duck and emerge the outright winner?
The fortunes between the two teams lately in the second leg of the league have been as different as day and night and while Homeboyz have not had a perfect season to write home about, Sofapaka who are angling for the league title have been riding high.
Although Batoto Ba Mungu have dropped points in good measure along the way, losing 2-1 to Ulinzi Stars and drawing 0-0 with Kariobangi Sharks, pundits strongly feel that it’s their disparity in fortunes with Homeboyz that might win them the contest in their Western Kenya outing.
However, as Sofapaka embarks on an estimated 409 kilometre journey to the Mumias sugar belt, they also ought not to forget that this is one of the most dreary hunting grounds where, on a good day, Homeboyz can make life quite difficult to their opponents.
But Sofapaka Technical Director Martin Ndagano sought to downplay Homeboyz’ mojo at their own backyard, saying Batoto Ba Mungu have the capacity to win in any pitch at any given time.
“You know, we are in contention for the league title and thus cannot afford to put our feet off the gas pedal. I gather Homeboyz are tough at home but that does not worry us. We are focused and shall fight to the last man standing,” observed Ndagano.
The team’s deputy coach John Baraza was equally confident that the team will conjure up a descent result.
“The team is physically and psychologically prepared to meet Homeboyz. We’ll treat it like any other game and I’m confident the players will give a good account of themselves in the team’s quest of catching up with league leaders Gor Mahia,” said Baraza.
Sofapaka are separated by nine points with Gor Mahia and the weekend matches might will give a hint as to where the league title is headed to.
Sofapaka will be keeping their fingers crossed as they will be seeking to secure maximum points while hoping that Gor Mahia, their close challengers for the title, falters in their match against Tusker at Kericho Green Stadium.
However, success for Sofapaka will all but depend on the kind of line-up coaches Sam Ssimbwa and Baraza will come up with.
Since first choice goalkeeper Mathias Kigonya sustained a shoulder injury which has kept him out of the game for the last three weeks, George Opiyo has proved a reliable replacement being shielded by Willis Ouma, Wesley Onguso Rodgers Aloro and Jonathan Mugabi at the back.
Sofapaka have a large pool of players and the coaching staff has the choice of introducing Benard Mang’oli and Timothy Luda, who have been warming the bench, to the starting line-up.
But over and above it will be interesting to observe what will be up the sleeves of free scoring Umaru Kasumba and his strike partner Ezekiel Okare who will be tasked with dismantling the Homeboyz defence of Eric Ambunya, Collins Kisuya, Charles Momanyi and George Odwuor.